Please ensure Javascript is enabled for purposes of website accessibility
Log In Help Join The Motley Fool
Free Article Join Over 1 Million Premium Members And Get More In-Depth Stock Guidance and Research
By Leo Sun – May 13, 2019 at 12:00PM

Watching other people play video games was once a niche pastime, but it has evolved into the massive esports market in recent years. A recent Limelight Networks survey (via eMarketer) found that American adults who play video games at least once a week spend nearly as much time online watching gaming content as they do watching traditional sports. 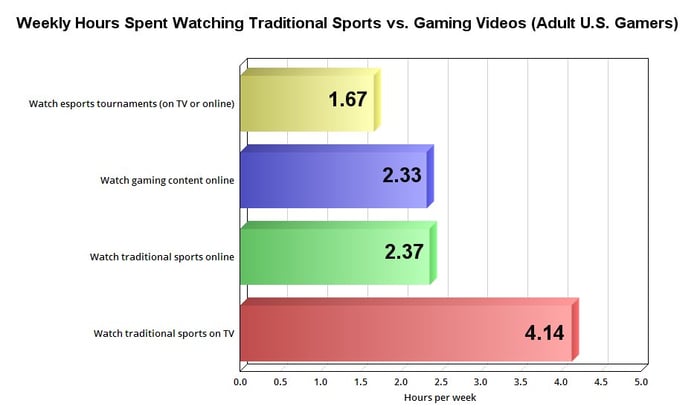 The categorization of esports as a "sport" is controversial, but the market is still growing. Newzoo expects global esports revenue to rise 27% this year to $1.1 billion, and companies invested in that market could reap big profits.