Please ensure Javascript is enabled for purposes of website accessibility
Log In Help Join The Motley Fool
Free Article Join Over 1 Million Premium Members And Get More In-Depth Stock Guidance and Research
By Beth McKenna – May 13, 2019 at 7:02AM

Will Q1 results show the GPU leader has turned the corner on some of the issues that torpedoed last quarter's results?

NVIDIA (NVDA -0.66%) is slated to report its first-quarter results for fiscal 2020 after the market close on Thursday, May 16.

The graphics processing unit (GPU) specialist is going into its earnings report surrounded by much investor uncertainty. Last quarter's results were a train wreck, with revenue falling 24%, earnings per share plummeting 48%, and EPS adjusted for one-time items plunging 53% year over year. The primary culprit was the gaming platform's big revenue decline, though data center's weak growth was a contributing factor.

Moreover, another headwind is potentially on the horizon due to the United States' escalating trade war with China. Effective May 10, the Trump administration increased tariffs on $200 billion in Chinese goods from 10% to 25%, with China saying it's prepared to retaliate. This is troublesome as China is NVIDIA's second-largest market behind the U.S. 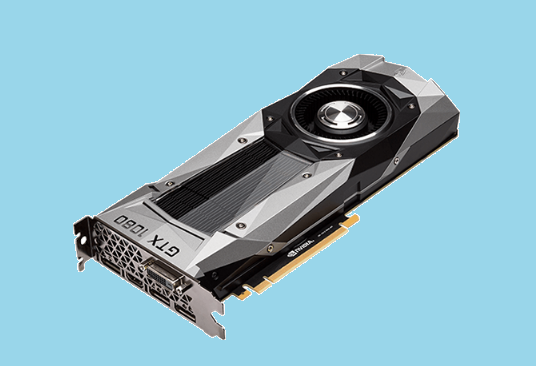 Wall Street's estimates don't include any contribution from Mellanox, as this acquisition hasn't closed yet. In March, NVIDIA announced a $6.9 billion, all-cash deal to acquire the Israel- and Silicon Valley-based supplier of smart interconnect solutions and services for servers and storage. The transaction is expected to close by the end of the year.

Gaming: The only question is how bad results will be

Unless CEO Jensen Huang has some superhuman powers that we don't know about, there's nothing NVIDIA can do about macroeconomic factors. So, investors' main focus should be on progress the company had made with respect to the first and third issues Kress outlined.

Indications are that gaming's woes are going to continue. NVIDIA is running several discounts on its RTX graphics cards and some other gaming products in May and June, and Amazon and a few other retailers are also running concurrent sales on NVIDIA GeForce GTX and RTX graphics cards, Polygon reported last week. The discounting of RTX cards, in particular, is worrisome, as cards in this line only began rolling out last fall. Discounting so early on points to demand that is likely still relatively soft.

NVIDIA said a "number of deals in the company's forecast did not close in the last month of the quarter as customers shifted to a more cautious approach" due to concerns about a slowing economy. This caution was widespread across verticals.

Focus on the future: Q2 guidance

The stock market is a forward-looking machine, so it's likely to reward or punish NVIDIA stock based more on the company's Q2 guidance than on Q1 results, relative to expectations.

So, you should know that Wall Street is projecting Q2 revenue of $2.55 billion and adjusted EPS of $1.12, representing declines of about 19% and 42%, respectively, year over year. The "good" news is that these anticipated declines aren't as steep as what the Street is expecting for the first quarter. That said, keep in mind that estimates are just that: estimates.

Investors who are used to NVIDIA's go-go-growth need to significantly lower their expectations, at least for fiscal 2020.

In Q1, the best we can hope for is that the damage isn't too bad in gaming, there's at least a little improvement in data center, and that auto and professional visualization play platform heroes like they did last quarter.