Please ensure Javascript is enabled for purposes of website accessibility
Log In Help Join The Motley Fool
Free Article Join Over 1 Million Premium Members And Get More In-Depth Stock Guidance and Research
By Dan Caplinger – May 13, 2019 at 11:15AM

Many investors have stopped looking all that closely at the cryptocurrency markets following last year's big drop, but bitcoin has seen its price surge recently, climbing above the $7,000 mark on Monday. Meanwhile, after the extraordinarily successful IPO of Beyond Meat (BYND 2.88%), its primary meatless-meat rival decided to take the opportunity to raise some cash of its own as it contemplates whether to tap public investors for funds at some point in the future. 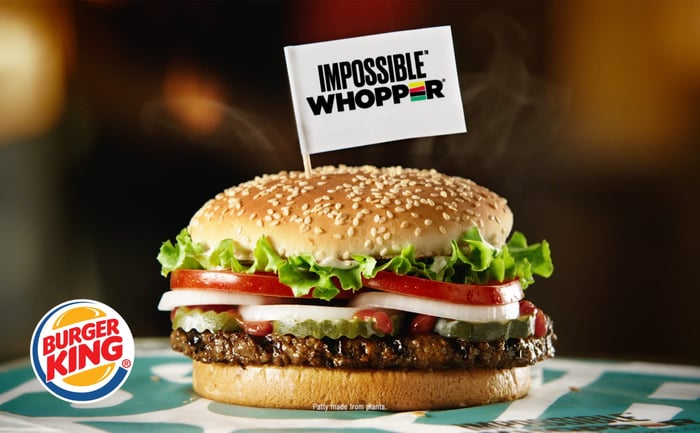 Prices of bitcoin climbed more than $1,000 over the weekend, with a $400 rise coming Monday morning as the cryptocurrency fetched almost $7,400. That marked bitcoin's highest point since last summer as a confluence of factors came together to support the crypto markets.

The rise of tensions between the U.S. and China in the past week corresponds well to the most recent boost for bitcoin prices. Some investors have started to treat bitcoin almost as a safe haven against geopolitical turmoil, supplanting the role that gold has traditionally played during times of trouble. Yet with bitcoin prices have been steadily rising since March -- nearly doubling over the past couple of months -- a longer-term explanation would be more valuable.

Some point to potential catalysts toward helping bitcoin gain more acceptance. After long delays and past rejections, the future approval of exchange-traded funds allowing traders to get exposure to bitcoin and other cryptocurrencies is starting to look more likely. That could bring in new investors who've been reluctant to deal with the complexities of owning crypto tokens directly.

Yet despite -- or perhaps because of -- the rise in bitcoin prices, many prominent critics remain skeptical. European Central Bank President Mario Draghi again panned bitcoin over the weekend, calling the token an asset rather than a currency and warning against its excessive risk. At his annual shareholders meeting earlier this month, billionaire investor Warren Buffett noted that rather than being a productive asset, bitcoin "just sits there" and doesn't generate any investment income. That might be true, but it hasn't stopped speculators from pushing bitcoin prices violently in both directions in the past.

An Impossible task: One-upping Beyond Meat

Arguably the hottest initial public offering of 2019 so far has been Beyond Meat, the maker of plant-based meat substitutes made to maximize their appeal to carnivores. From its offering price of just $25 per share, Beyond Meat's stock tripled in just its first few days of trading, and although it's given back some ground, investors have a big appetite for the innovative protein provider.

Seeking to capture the same positive sentiment, privately held Impossible Foods has now done some fundraising of its own. The maker of the meatless Impossible Burger said that it had raised $300 million in a round of private financing, valuing the company at about $2 billion. That's roughly half of Beyond Meat's current market capitalization, but it's more than what Beyond Meat's IPO price implied before the stock started trading.

Impossible Foods has some things going for it that even Beyond Meat hasn't matched. A host of well-known promoters from the acting, sports, and music industries are supporting Impossible Foods. A deal with Burger King to test an Impossible Whopper has generated publicity as well.

At this point, it's too early to tell whether the meatless-meat category will succeed or fail with consumers overall. But a hungry set of investors hopes that the new products will catch on and help Beyond Meat, Impossible Foods, and others ride the wave higher.

Beyond Meat Lands a Big Deal