Please ensure Javascript is enabled for purposes of website accessibility
Log In Help Join The Motley Fool
Free Article Join Over 1 Million Premium Members And Get More In-Depth Stock Guidance and Research
By Chris Neiger – Updated May 13, 2019 at 4:59PM

After two down trading days, Dara Khosrowshahi puts out a memo telling staff members to keep calm and carry on.

Last week's much-anticipated initial public offering by Uber (UBER 1.70%) didn't quite live up to the pre-IPO hype. Estimates for the company's valuation were above $100 billion in the months leading up to going public, but Uber ended up pricing its shares at $45, giving it a valuation of about $75 billion.

When the shares did begin selling on Friday, it didn't get much better for the company. Uber's stock finished its first day of trading down 7.6%. On Monday, Uber's stock fell an additional 10%. To be fair, there was a broader sell-off in the market Monday related to fears of the trade war between the U.S. and China.

But this trading stumble right out of the gate isn't what companies want from their IPO. When it happens, it leaves management, employees, and investors disappointed. Which is likely why CEO Dara Khosrowshahi wrote an internal memo to his employees on Monday highlighting why the company is on the right track, even if its IPO didn't deliver the initial gains many wanted.

Here are three main points Khosrowshahi made in the letter: 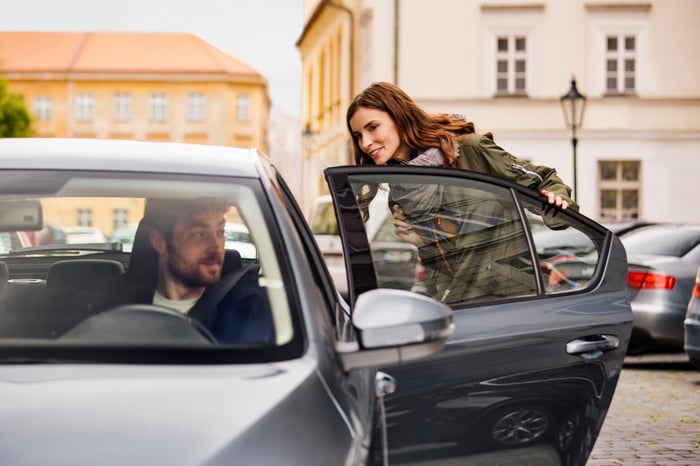 1. Management is focused on long-term goals

In the memo, Khosrowshahi said: "Obviously our stock did not trade as well as we had hoped post-IPO. Today is another tough day in the market, and I expect the same as it relates to our stock."

He said it's essential for the company to keep its eye on Uber's long-term value and that "[T]here is one simple way for us to succeed -- focus on the work at hand and execute against our plans effectively."

Khosrowshahi's absolutely right. Uber didn't become the largest ridesharing company in the U.S. and a dominant force in the global ridesharing industry overnight, and losing focus now would be counterproductive.

Khosrowshahi reminded his employees in the letter that both Facebook (NASDAQ: FB) and Amazon (NASDAQ: AMZN) had difficult IPOs as well:

Remember that the Facebook and Amazon post-IPO trading was incredibly difficult for those companies. And look at how they have delivered since. Our road will be the same. Sentiment does not change overnight, and I expect some tough public market times over the coming months.

While it's still far too early to say that Uber's stock will be anywhere near as successful as Facebook's and Amazon's have been long term, Khosrowshahi makes a good point that a few bad days (or even weeks or months) of trading don't mean that Uber won't eventually turn out to be a massive success.

3. Uber's fate is in its own hands

The CEO made a point to keep his employees focused on the idea that Uber's share price will grow as the company grows:

Khosrowshahi circled back to the idea that the company is focusing on its long-term goals as it moves past its IPO, saying: "We will be judged long-term on our performance, and I welcome that. It's all in our hands."

There's still a lot to prove

Despite Khosrowshahi's optimism, Uber still has a long way to go to win over investors. The company had a $3 billion operating loss in 2018 despite $50 billion in bookings. While it's not unusual to see losses for a young and growing company, the ridesharing industry is still in its infancy and it's unclear how Uber and its rivals will be able to turn a profit and manage increasing regulations.

Employees, management, and investors should keep that in mind as well.