Uber dominates the U.S. ridesharing market, is expanding internationally, and is diversifying its revenue streams.

Uber's much-anticipated IPO is expected later this month and will follow that of its ridesharing rival Lyft (LYFT 2.91%), which just went public last week. The two companies are engaged in a ridesharing battle in the U.S. right now, with Uber having several key advantages.

The global ridesharing market is estimated to be worth $133 billion by 2023, and investors looking to take part in this massive transportation trend no doubt want to know who has the upper hand.

Uber's dominance in the U.S. isn't in dispute. But it's worth taking a closer look at how large the company's lead really is, why it's likely to continue to be a dominant leader, and what challenges Uber will face as it grows as a business. 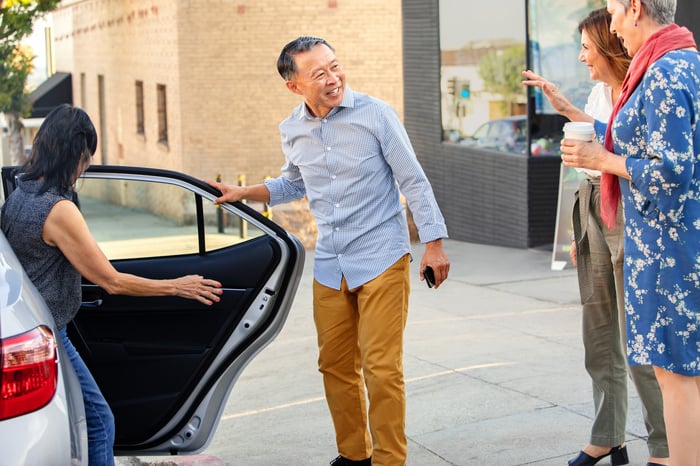 Lyft said in a recent SEC filing that it has 39% of the market in the U.S., which leaves Uber with nearly all of the remaining share. The U.S. is one of Uber's most lucrative markets, and having about 60% of the ridesharing services here is a huge deal.

Uber has the benefit of its name being nearly synonymous with ridesharing. That advantage has come from nine years of building out its business in the U.S. as well as 65 other countries. The company bought its ridesharing rival in the Middle East, Careem, last month for $3 billion. The purchase will help Uber solidify its business across 15 countries and give it Careem's 30 million users once the deal closes next year. Meanwhile, Lyft only operates in the U.S. and Canada.

Uber isn't the only ridesharing company operating in large markets across the globe, but the Careem deal shows that Uber knows how to leverage its size and capital to buy large competitors in markets in which it can't flat-out beat them.

Part of Uber's ability to grow so quickly has come from the company's significant financial backing from early investors. For example, Uber closed its latest round of private funding last October by raising $2 billion, giving the company a total of $24 billion in funding and a valuation of more than $100 billion. Lyft, on the other hand, had raised about $5 billion before it went public and is valued at about $24 billion.

Why does this matter? Because Uber has used the funds from these companies and government to build out the biggest ridesharing company in the world. When it goes public, it hopes to raise even more money from individual investors. The company's large market share and huge valuation will likely convince investors to buy up Uber's shares and help the company raise even more capital to expand the business. 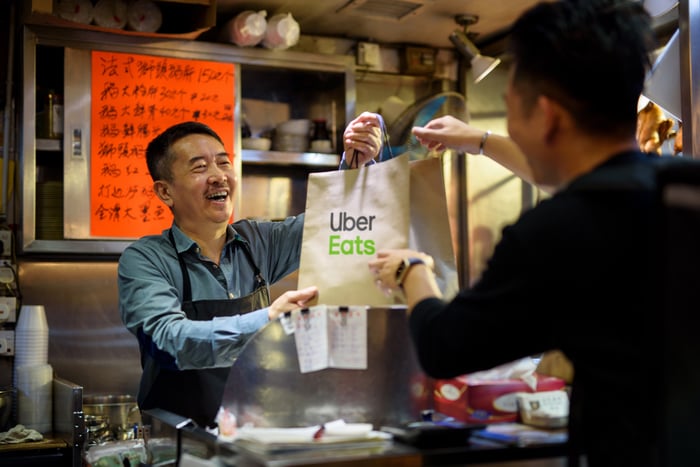 One of the most significant advantages Uber has over Lyft and some of its international competitors is that the company knows that focusing on passenger-car ridesharing may not be enough to satisfy investors.

That's why it's important for potential investors to know that the company's food delivery service, Uber Eats, brings in more than $2.5 billion of the company's total bookings each quarter. That matters not just because it offers alternative revenue from ridesharing but also because the food-delivery business is estimated to grow to about $24.5 billion by 2023.

Additionally, the company is pursuing new opportunities like Uber Freight, which is a platform to bring shippers and truckers together so businesses can move freight more easily. The business is still in its early stages, but it shows that Uber sees itself as a broad transportation company, with multiple segments working to make money.

Along those same lines, Uber is pursuing autonomous vehicles as well and is looking to them as a future part of its business. The company is testing its own autonomous vehicle (AV) tech in Pittsburgh right now and has also partnered with Toyota to work on new AV systems. Toyota made a $500 million investment in Uber's Advanced Technologies Group last year, and the two companies plan on releasing autonomous ridesharing vehicles in some capacity in 2020.

Lyft and other ridesharing companies around the world are pursuing driverless vehicles as well. But the reach and brand awareness of Uber make it a likely candidate for future partnerships with companies wanting to launch their AV tech on a grand scale.

Where Uber could be vulnerable

Of course, all of these advantages don't guarantee that it will be an easy ride as Uber grows its business. The company faces a few key hurdles that investors need to be aware of, including international competition, driver lawsuits and expenses, and additional regulations.

While Uber just made a financially prudent move by buying Careem, the company's international plans haven't always worked out so well. Back in 2016, Uber lost its ridesharing battle in China after spending billions of dollars trying to establish itself and finally sold its business to its China rival, Didi Chuxing.

All ridesharing services face potential hurdles from employment regulations and the potential for driver unrest. Uber's drivers work as independent contractors, which has led to some lawsuits from them wanting to be designated as Uber employees and not contractors. Any major changes in these worker designations could have significant impact on how Uber runs its business and how much money it makes.

Also, since ridesharing services are still relatively new, many cities are still trying to figure out whether they should regulate them and, if so, how much. Uber and its rivals have successfully navigated these changes so far, but that doesn't mean that future regulations won't impede the company's business.

For Uber, it helps that any changes to ridesharing laws, driver compensation, or international growth problems are complications that all the ridesharing companies will face.

Uber is the dominant ridesharing company in the U.S. and has made huge inroads internationally. The company's advantages are significant and will likely help Uber continue to grow in the coming years.

This doesn't necessarily mean that Lyft isn't a great company or that Uber is a wise investment, but there's no denying that Uber has taken many of the right steps to set itself apart. With Uber's IPO likely coming in the following weeks, investors should factor in these key advantages as they consider whether to buy stock in the company.