Ridesharing company Lyft (NASDAQ:LYFT) began its day as a publicly traded company Friday, and investors were very interested in the company's shares. Lyft's stock began trading around 11:55 a.m. at $87.24 per share, which was a 20% jump from the company's IPO price of $72 per share.

The company opened up 32.5 million shares to the public market and plans to raise $2.7 billion from the offering. The opening share price puts Lyft's valuation at about $25 billion.

Lyft's IPO is the first of many anticipated tech public offerings that are slated for the coming months, including Slack, Pinterest, Zoom, and Lyft's rival, Uber. Uber is gearing up for an IPO as early as April and is expected to go public with a valuation of $120 billion. 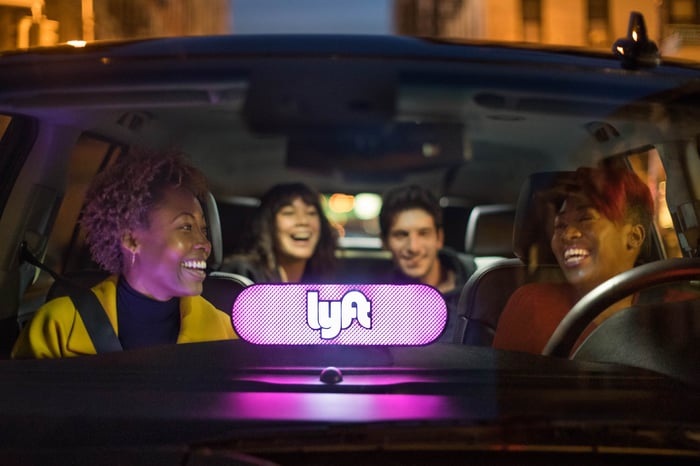 While early demand for Lyft's shares was strong, the company is facing an uphill battle when it comes to lowering its financial losses. Lyft lost $911 million in 2018, up from $688 million in 2017. Sales are moving in the right direction, though, reaching $2.2 billion last year, double what they were in 2017.

Lyft operates in the U.S. and Canada and holds 39% of the ridesharing market in the U.S. right now. That makes it a heavy hitter in the ridesharing space, but Uber is still dominant. Uber takes up the rest of the U.S. market and operates in 60 countries around the world. Uber is also expanding quickly and just bought its ridesharing rival in the Middle East, called Careem, which will boost Uber's user base by tens of millions and expand its footprint in the region.

There's certainly a lot of buzz around Lyft's IPO, but that doesn't mean that this is the right time to get on board. IPOs often cloud investors' good judgment, and there's evidence that they tend to underperform the market for a while. One recent example of a tech IPO not living up to the hype is Snap, whose shares jumped 44% their first day of trading but are down more than 50% since the company's IPO in 2017.

And while IPOs seem exciting for individual investors, they are really geared toward a company's pre-IPO investors to reward them for their initial investment in the company. In the case of Lyft, that means it's a good day for these stakeholders to make some big bucks:

Despite the strong interest on Lyft's big IPO day, the picture investors have right now about the company's financials is still incomplete. It'd be wise to wait and see how the company both grows its sales and improves its earnings situation before buying the stock. It's tempting to assume that as long as the company is growing sales, the earnings will come later, but that's not always the case. Investors should wait at least a few quarters to see how well the company performs before buying shares.

That doesn't mean Lyft has to be completely profitable for it to be a good investment, but investors need a little more perspective on the company's business post-IPO before they can make an informed decision. That clarity will only come with a little more time.