Please ensure Javascript is enabled for purposes of website accessibility
Log In Help Join The Motley Fool
Free Article Join Over 1 Million Premium Members And Get More In-Depth Stock Guidance and Research
By Nicholas Rossolillo - May 14, 2019 at 10:15AM

A new movie schedule and integration with Disney+ will be tough for competitors to topple.

The first six months of Disney's (DIS 3.51%) 2019 fiscal year (the six months ended March 30) have so far looked fairly routine -- at least as far as the numbers go. The parks and resorts segment carried the burden in the second quarter, and box office sales fell, as lapping the sales results from Black Panther, which debuted a year ago, was a tall order. Captain Marvel basked in the limelight too, but it wasn't enough -- the studio entertainment segment's revenue fell 15% year over year.

No bother. The rest of 2019 is on pace to set new records for Disney, or any other movie studio for that matter. After closing on the takeover of Twenty-First Century Fox, Disney is set for all-out domination for the foreseeable future.

The first three months of 2019 were comparatively sleepy for Disney's movie studio, but that changed in a hurry. Avengers: Endgame is obliterating box office records and is on pace to pass Avatar as the highest-grossing flick of all time. There's a chance for a quick follow-up, too, as Disney will release the final chapter in the 40-years-in-the-making Skywalker story when Star Wars: The Rise of Skywalker debuts in Dec..

Along the way, there will be a slew of other potential blockbuster hits for the studio this year, including Aladdin, Toy Story 4, The Lion King, and Frozen 2. There will be releases from the Fox studio as well, the most notable of which is the X-Men movie Dark Phoenix in June. In short, it's going to be a very busy year -- the busiest a company has ever had as far as theatrical events go.

And on that note, Disney just announced a reshuffling of its film release dates. The move was much needed to orchestrate the busy schedules of both Disney and Fox so that the new teams aren't stepping on each other's toes at the box office. The resulting schedule no doubt strikes fear in the hearts of rival movie studios.

In the Disney stable are the aforementioned Avatar sequels it got from Fox, a couple of X-Men spinoffs, and also a new Star Wars trilogy that will kick off in 2022. The move lays bare Disney's farsighted plan to dominate the box office during all the major movie theater weekends for almost the next decade. The full schedule can be found here. 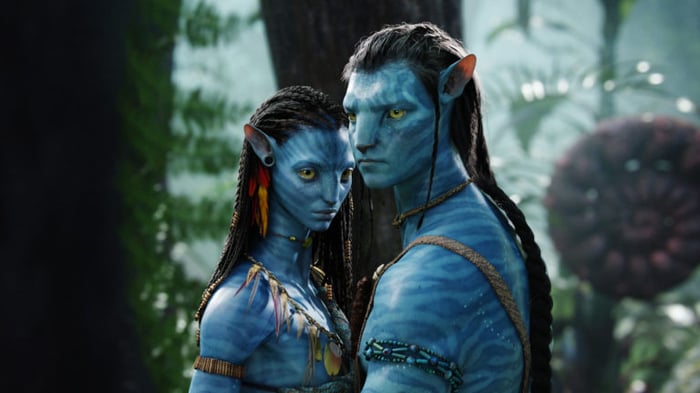 What it means for Disney

Studio entertainment, especially that which heads to the silver screen, is a volatile business. Box office receipts vary from year to year, and Disney's 2019 results are a case in point. Through the first six months of the fiscal year, the studio's revenues are down to $3.96 billion (or 13% of revenue) compared to $5.01 billion (or 17% of revenue) in 2018. By the time Avengers: Endgame finishes its campaign, it's likely to have recovered to 2018's levels and then some. Profits will likely be fat but just as inconsistent.

With Fox in the fold, the numbers will go up overall. However, the real power in Disney's newfound supremacy at the cinemas is the vertical integration with the rest of the business. Once a film finishes its run at the global box office, Disney can add it to its streaming video properties. (Disney+ is on the way this fall, rounding out ESPN+ and the majority control Disney has of Hulu.) Then there are the theme parks, Disney's largest moneymakers, with which the company can tap its catalog of entertainment brands to create new attractions that keep the crowds coming back.

Thus, Disney's dominance at the box office doesn't stop there. Flush with heroes, sci-fi adventures, and animated favorites, Disney's movie studio business is merely the leading edge of an entertainment strategy. Filling seats at the local cineplex means capturing dollars further down the line as well, and that means Disney will remain the entertainment empire to beat for some time.