Please ensure Javascript is enabled for purposes of website accessibility
Log In Help Join The Motley Fool
Free Article Join Over 1 Million Premium Members And Get More In-Depth Stock Guidance and Research
By Rich Smith - May 14, 2019 at 1:51PM

Shares of Chinese streaming-music company Tencent Music Entertainment (TME -3.02%) dropped more than 10% in early trading Tuesday. They've since clawed their way back to a 7.1% decline as of 1 p.m. EDT. Still, it seems like a strange reaction to a company that just reported a big earnings beat for its fiscal first quarter 2019. 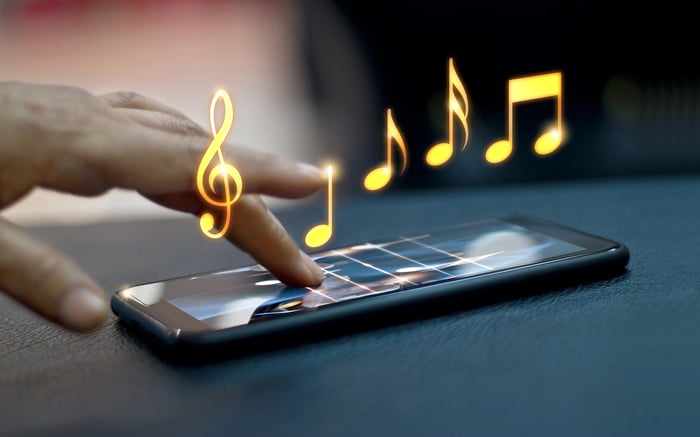 Reporting its financial results in renminbi (Chinese yuan), Tencent Music said it earned 0.72 yuan per American depositary share (one ADS equals a share of Class A domestic common stock). This result worked out to $0.09 when calculated in U.S. currency, and was 26% better than Tencent Music scored in last quarter's earnings report (0.57 yuan per ADS), 17% better than one year ago, and about 4% ahead of analyst estimates -- thus an "earnings beat."

One the other hand, Tencent Music said its sales for the quarter were 5.74 billion yuan, up 39% year over year but still slightly short of Wall Street's predicted 5.8 billion.

Between the earnings beat and the slight sales miss, you might think investors would consider this at least a mixed quarter, and not punish the stock as severely as they did. However, there's one more quirk added to the mix that may be disturbing investors, making them a bit worried about the company's prospects.

Simultaneous with its earnings release, Tencent Music announced that for personal reasons, its co-president Guomin Xie has tendered his resignation, effective June 6. At the same time, the company's other co-president, Zhenyu Xie, has been named chief technology officer.

As I said, this may be disturbing investors. The timing of the departure, however -- several weeks from now -- suggests to me that this is not an abrupt firing disguised as a resignation, but just what it purports to be: an executive leaving for personal reasons. So I do not see it as reason to worry -- or to overlook the earnings beat.