A publicly traded company's quarterly report is a snapshot of what's going on within the business. Sometimes, investors can put too much weight on the results from a single period at the expense of considering a company's long-term prospects, but those reports are nonetheless among the best opportunities outsiders get to peer behind the curtain.

Among the many reports to arrive in recent weeks, the ones from Apple (NASDAQ:AAPL), Amazon (NASDAQ:AMZN), and Dropbox (NASDAQ:DBX) stood out because all three companies beat Wall Street analysts' consensus expectations. Yet all are now trading below where they were prior to delivering those better-than-expected results. 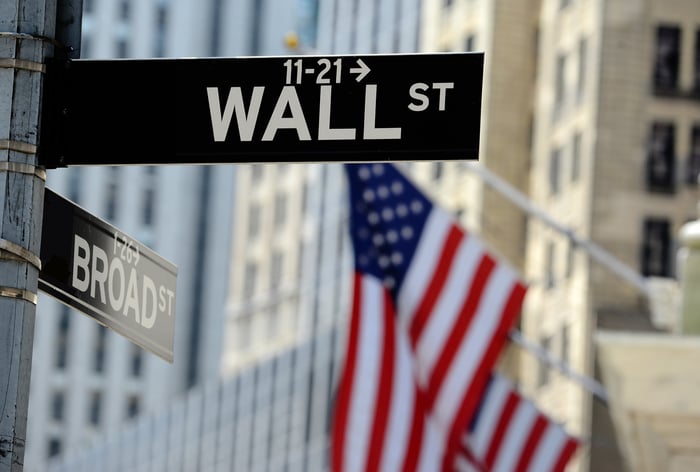 It's no secret that Apple is trying to recover its footing and pivot its focus toward its growing services business. Unit sales of iPhones -- which provide the largest share of its revenues -- have been falling in recent periods, and they did so again in its fiscal second quarter. Total sales were down 5% year over year.

But despite that drop, Apple surpassed Wall Street's revenue and earnings estimates. Analysts' consensus revenue estimate for the quarter was $57.37 billion and its earnings estimate was $2.36 per share, but Apple delivered $58.02 billion in sales with earnings of $2.46 per share.

The tech giant's future is its services business -- to which it recently added Apple News+, Apple Arcade, and Apple TV+. In Q2, service revenue jumped 16% and accounted for about 20% of total sales. Management is also optimistic about fiscal Q3, forecasting revenue of between $52.5 billion and $54.5 billion, which would be a 17% year-over-year increase at the midpoint.

The earnings and revenue beat may not have wowed investors, but with Apple bringing new services online in the coming months, Wall Street may discover it's being too pessimistic.

Amazon may have delivered the most surprising results among tech stocks recently: Its earnings of $7.09 per share blew past analysts' consensus estimate of $4.72 per share.

The e-commerce giant's strong performance came as its operating income soared to $4.4 billion, a vast improvement from $1.9 billion of the year-ago quarter, and well above the $3.3 billion figure that was the high end of management's guidance range.

Amazon's sales jumped 17% year over year to $59.7 billion, which met analysts' expectations. But that was slower than Q4's 20% rise, and gave the company its the second sequential quarter of decelerating growth.

Management forecast that operating profit for Q2 will be between $2.6 billion and $3.6 billion, which was less than the $4.4 billion analysts expected. But with Amazon's profit engines firing on all cylinders, and revenues still strong (despite the the slight slowdown), there's plenty for shareholders to look forward to.

Cloud storage specialist Dropbox reported non-GAAP earnings of $0.10 per share in Q1 on $386 million in sales, beating Wall Street's consensus estimates of $0.06 per share and $382 million in total revenue.

Overall, the company's results were a significant improvement from those of the year-ago quarter, when it booked non-GAAP earnings of $0.08. It narrowed its net loss substantially, from $465.5 million to just $7.7 million. Additionally, Dropbox's GAAP gross margins improved to 74.5% in the quarter, up from 61.9%, and sales rose 22%.

Another figure to highlight was that company now has 13.2 million paying users, up from 11.5 million a year ago. Those users are also spending more with Dropbox than they were last year, with average revenue per user coming in at $121.04, up from $114.30.

For Q2, management is forecasting revenue in the range of $399 million to $401 million, which would be an increase of nearly 18% at the midpoint. Dropbox has been a publicly traded company for just over a year, and its share price is down about 23% since its IPO. But this latest quarterly report demonstrates that the company is growing its business, even if investors aren't yet convinced of its potential.

While all of the above companies surpassed analysts' consensus estimates on some fronts, the share prices of all three are down since their results were published. But that may have less to do with concerns about their specific numbers, and more to do with the fact that stock prices have fallen broadly due to the rising trade tensions between the U.S. and China.

All of which means that investors shouldn't look the recent selloffs as indicators that Apple, Amazon, and Dropbox aren't doing well. Each  is either growing its business or repositioning itself in new markets to spur growth. Staying patient with these stocks while the market worries may be the most prudent move.