Ralph Lauren's (NYSE:RL) stock stumbled after the apparel retailer posted its fourth-quarter earnings on May 14. That drop might have surprised investors, since it cleared analysts' expectations on the top and bottom lines. 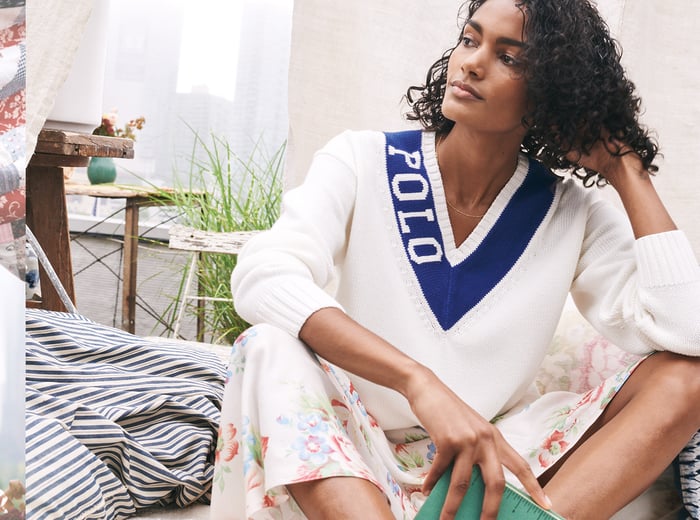 However, Ralph Lauren's negative sales growth broke its three-quarter streak of positive growth, and its numbers in North America were weak. Let's examine the retailer's problems in North America, and why they're offsetting its growth in other markets.

Ralph Lauren generated 47% of its revenue from North America during the fourth quarter, compared with 50% a year earlier. Some 29% of its revenue came from Europe, 18% from Asia, and the remaining 6% from other businesses. Here's how its three core regions fared over the past year, in terms of constant currency comps growth:

Ralph Lauren reported a 7% comps decline in brick-and-mortar stores in North America, which offset its 6% growth in digital comps. But excluding the impact of Easter, which was included in the prior-year quarter but shifted to the first quarter of 2020, its North American comps only dipped 1%.

However, Ralph Lauren's wholesale revenue in North America fell 10% annually, due to soft demand for certain spring fashions and a planned reduction in off-price sales -- which could preserve the brand's pricing power and margins but throttle its sales growth.

That combination of poor comps growth and declining wholesale revenue caused Ralph Lauren's total North American revenue to tumble 7% -- which offset its 11% and 10% growth in Europe and Asia, respectively.

Ralph Lauren's reductions of off-price sales in the wholesale channel improved its total gross margin, which rose 30 basis points annually to 60.1%. However, its rising sales, general, and administrative expenses in North America offset that expansion and caused its adjusted operating margin to contract.

Its European business was a bright spot, and offset the weakness of its other two regions. As a result, its total adjusted operating margin rose 80 basis points annually to 6.4%.

During the conference call, CEO Patrice Louvet stated that the North American business made "progress on returning to a healthier base" with the "ongoing elevation" of the brand and the "planned reduction" to its off-price channel sales. In other words, the company plans to premium-ize its brand and abandon the low-end market. But that's a risky strategy, since the North American market was disrupted by low-end "fast fashion" players like H&M, Zara, and Forever 21 in recent years. That's partly why its rival Gap (NYSE:GPS) plans to spin off its low-end brand, Old Navy, into a higher-growth company.

Moreover, Louvet's decision to double down on the mid-range to higher-end market reverses the strategy of Louvet's predecessor Stefan Larsson -- a former Old Navy chief who unsuccessfully tried to transform the retailer into a fast-fashion brand.

Louvet admitted that Ralph Lauren still had "more work to do on this multiyear journey," but stated that it would start diversifying its business away from its core Polo products with new designs by next spring. It's also expanding its flagship digital platform, which returned to growth in 2018, and it renegotiated more than 80 vendor contracts to cut costs. CFO Jane Nielsen stated that the company would see a "stabilization" of its North American business and "continued growth" in Europe and Asia.

Ralph Lauren expects its first-quarter revenue to rise 3% to 5% annually on a constant currency basis, thanks to the inclusion of Easter, but currency headwinds could reduce that growth by up to 200 basis points, and rising tariffs could crimp its gross margins.

It didn't offer guidance for the full year, but analysts expect its revenue and adjusted earnings to rise 3% and 8%, respectively. The stock is fairly cheap at 15 times forward earnings, and it pays a decent forward yield of 2.4% after its recent dividend hike.

That valuation and yield should limit Ralph Lauren's downside potential, but there are plenty of other apparel retailers -- like PVH or American Eagle Outfitters -- which are faring much better in the tough North American market. Therefore, investors should stick to the sidelines until Ralph Lauren's North American business recovers.