Please ensure Javascript is enabled for purposes of website accessibility
Log In Help Join The Motley Fool
Free Article Join Over 1 Million Premium Members And Get More In-Depth Stock Guidance and Research
By Keith Speights - May 15, 2019 at 8:15AM

The Canadian cannabis producer appears to be set to make its mark in the potentially lucrative U.S. hemp market.

We have a pretty good idea what kinds of products Canopy Growth (CGC -6.40%) plans to launch when Canada's cannabis beverages and edibles market opens later this year. Canopy founder and co-CEO Bruce Linton has specifically stated in the past that the company and its partner Constellation Brands intend to market a variety of cannabis-infused beverages such as "Tweed and tonic" and zero-calorie "sports recovery" drinks that contain cannabidiol (CBD).

But that's all intended for Canada. What kind of products might Canopy Growth launch in the U.S. now that it's establishing hemp operations in New York state? Several recent applications for U.S. trademarks filed by the company give some pretty good clues. 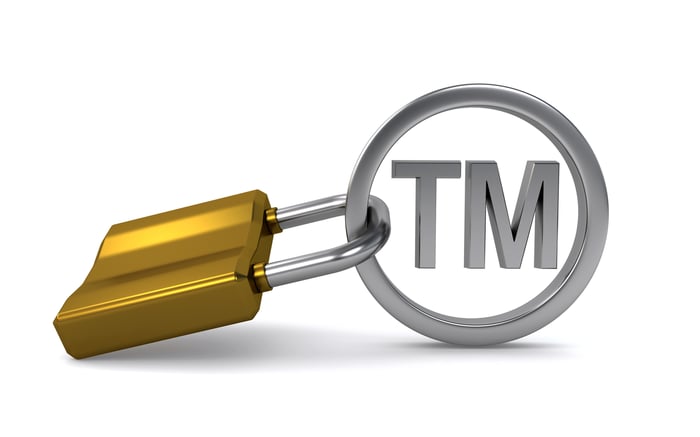 A break and a burst into the hemp market

Both of these names list the exact same types of goods and services to be covered under the trademark filing. And it's a very broad list.

Hemp Break and Hemp Burst could be skin, hair, bath, and body products. They could be hemp-derived health food supplements. They could include a wide range of hemp-based edible products, such as butter, flour, cereals, milk, snacks, chocolates, and beverages. The trademarks could even be used for clothing items including T-shirts, sweatshirts, caps, and more.

We've known for a while that Canopy Growth planned to extract CBD from hemp in the U.S. The company specifically stated as such when it first announced in January 2019 that it was going to build a large-scale facility in New York. Now we know what product names Canopy Growth might use for its hemp-derived CBD.

The USPTO's trademark database lists a couple of CBD-related applications filed recently by Canopy Growth: "CBD Simplified" and "CB-Tea." The trademark application for CBD Simplified covers every category that was listed for Hemp Break and Hemp Burst. So does the filing for CB-Tea, but it's pretty obvious what the intended product is with this one.

Canopy Growth could encounter some confusion with the CB-Tea trademark, though. CBTea is already a registered trademark approved in 2016. And New Age Beverages filed last year for the very similar CBD Tea trademark.

The company also filed a couple of other trademark applications this month, seeking approval for "Clear Base Distillation" and "Chill Pill." Again, Canopy included the full range of goods and services listed on its applications for Hemp Break and Hemp Burst for both of these trademarking filings.

There aren't any other trademarks in the USPTO database for Clear Base Distillation. It's a much different story for Chill Pill, however. At least six other trademarks using the same name have already been registered with the USPTO.

Canopy Growth might not actually use any of these trademarks. But the filings with the USPTO give us a pretty good sense of what kinds of hemp-based products the company could launch. And those products could be coming to market soon.

Linton stated in February that he expects Canopy Growth will roll out hemp-based CBD products in multiple U.S. states by the end of 2019. He also indicated that Canopy could expand its hemp operations beyond New York into other states.

The important thing for investors to note is that Canopy Growth appears to be moving quickly to capitalize on the legalization of hemp in the U.S. Many project that U.S. hemp CBD sales could reach billions of dollars annually in the near future. Canopy Growth could be on the way to making its mark in a huge new market.