Please ensure Javascript is enabled for purposes of website accessibility
Log In Help Join The Motley Fool
Free Article Join Over 1 Million Premium Members And Get More In-Depth Stock Guidance and Research
By Billy Duberstein - May 16, 2019 at 7:31AM

We're seeing a lot of smoke around the company. Is there fire?

MedMen Enterprises (MMNFF -4.55%) has been one of the more controversial cannabis stocks out there. On the positive side, the company's California stores generate huge sales, besting even Apple stores in sales per square foot. The company also recently lured Spike Jonze to make an ad for it. In addition, MedMen is aggressively ramping up production and opening dispensaries, started its own magazine called EMBER, and recently introduced its own private-label brand, Statemade.

On the other hand, the company is also massively unprofitable and is diluting shareholders as it aggressively expands across the U.S. This could theoretically lead to high upside but also carries a high amount of risk. However, it's another troubling element that has me staying well clear of MedMen's stock today. 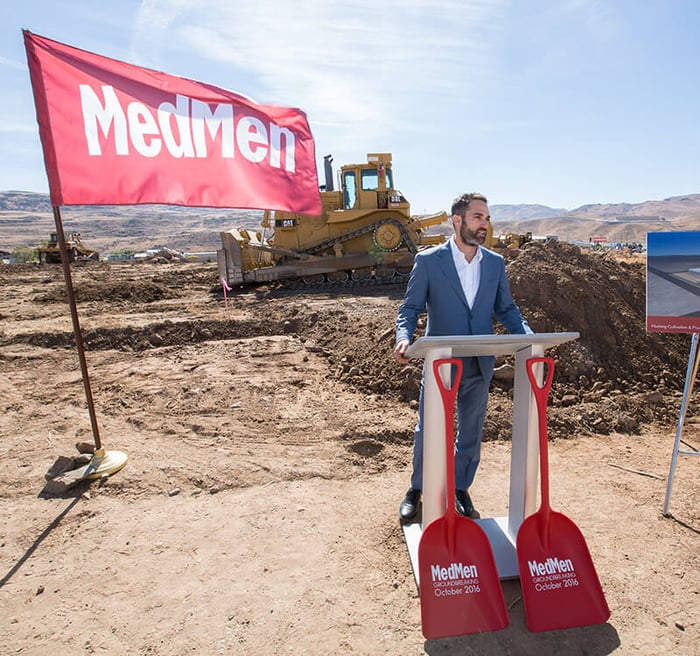 The trouble started last November, when ex-CFO James Parker "resigned" from MedMen after just a year on the job. Parker would later go on to file a lawsuit against MedMen, claiming he was essentially forced to resign because he wouldn't do things he deemed unethical.

Parker also alleged that the founders presided over a culture that was "replete with racial, homophobic and misogynistic epithets and slurs."

But wait, there's more! Just last month, MedMen became the target of a second lawsuit, this time from early investor MMMG-MC Inc., an investment company run by principals Brent Cox and Omar Mangalji. They allege Bierman and Modlin sold shares during a period when early investors were under lockup, meaning they were restricted from selling shares just after the IPO.

As is to be expected, Bierman and Modlin categorically denied all allegations. It was actually Yi (who is no longer there) who wrote a response to Parker's suit back in the early part of the year: "James Parker worked at MedMen for less than a year and half, quit and is now demanding more than $22 million from the company while making wild allegations that have no basis in fact." Bierman was even more blunt in an interview, saying, "Parker's accusations are false. ... It is a meritless claim that will lose in court."

Former LA Mayor Antonio Villaraigosa, who is a MedMen board member, also defended Bierman and Modlin after the lawsuit came out, saying he "has full confidence in the leadership of Adam Bierman and Andrew Modlin to build the world's finest cannabis retailer."

On the subject of the MMMG-MC Inc. lawsuit, Bierman said the early shareholders' accusations were "patently false...we have already generated a tremendous return for them." (Notice that he doesn't answer the question about selling stock when others couldn't and just mentions early-investor profits.)

And management didn't have much to say on the recent executive departures, stating only that it had confidence in the new executive team, whose gaps will be filled by other team members, and that "the leaders of the operations group will now report directly to the CEO." So it appears that they are scrapping the COO position altogether, with the two founders more firmly in control.

I don't necessarily think a disgruntled ex-employee filing a lawsuit automatically disqualifies a company from being investable. Unfortunately, we live in a litigious society, and people often target companies flush with cash in order to force million-dollar settlements.

However, there is an awful lot of smoke here, with three different incidents, and MedMen isn't exactly a known, blue-chip company with a long track record. The company is taking an aggressive approach to a pretty wild, unpredictable emerging industry. It's also losing about $60 million every single quarter as it "invests" in growth.

While any single allegation can be disputed on its merits (I'm sure other companies spend a fair amount on executive perks), the sheer number of lawsuits and departures at MedMen is enough to prevent me from buying. There are plenty of other exciting stocks out there, including even other pot stocks that don't have nearly the number of headaches.

But hey, it's certainly entertaining to watch from the sidelines.