Please ensure Javascript is enabled for purposes of website accessibility
Log In Help Join The Motley Fool
Free Article Join Over 1 Million Premium Members And Get More In-Depth Stock Guidance and Research
By Rich Smith – Updated May 16, 2019 at 3:24PM

Just because you know it's just volatility, that doesn't make it less scary when a rocket stock goes down.

Shares of communications satellite operator Globalstar (GSAT 1.14%) are down 10.5% as of 2:45 p.m. EDT on Thursday -- on no news that I can discern. That's probably frustrating for shareholders. But for a stock, the share price of which is calculated in pennies ($0.56 as of this writing), such volatility is also par for the course.

Every cent Globalstar stock goes up or down swings the valuation by nearly 2 full percentage points! 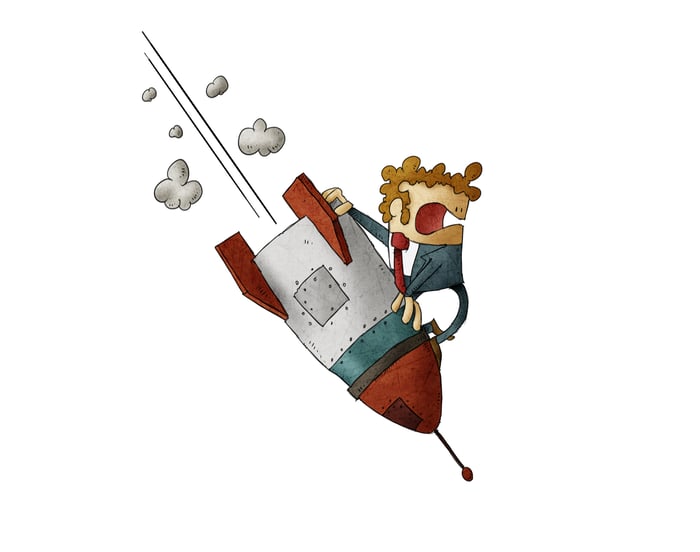 Lost in the rush of earnings releases from more-substantial companies, Globalstar reported its own fiscal Q1 2019 earnings earlier this month. In the absence of any more recent news, therefore, let's look at what Globalstar said back then. After all, it did spark a 25% run in the stock over the six days following earnings!

On May 2, Globalstar reported a 5% increase in quarterly revenue to $30.1 million, and a $0.02 per share profit. That was a whole lot better than the $0.02 per share loss Wall Street had predicted, and served as a great excuse for investors to bid the stock up.

That being said, Globalstar's profits came entirely by way of derivatives gain. Its core business actually recorded an operating loss of $18.3 million (40% worse than in last year's Q1). This suggests that Globalstar's core business may not be as healthy as the earnings beat initially suggested.

Now that investors have had a couple of weeks to digest this news, they may be starting to rethink their post-earnings optimism about Globalstar stock.