Please ensure Javascript is enabled for purposes of website accessibility
Log In Help Join The Motley Fool
Free Article Join Over 1 Million Premium Members And Get More In-Depth Stock Guidance and Research
By Simon Erickson - May 17, 2019 at 2:15PM 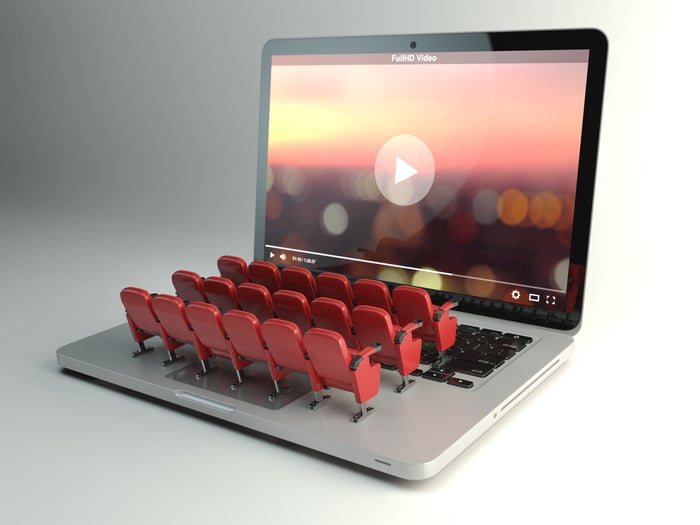 Data source: iQiyi. Q1 2018 results are presented using the same exchange rate as Q1 2019 results of 6.71 yuan = $1. As such, year-over-year changes here may not match reported results. One American depositary share (ADS) equals 7 ordinary iQiyi shares. Q1 2018 earnings per ADS is based upon a reported loss of $1.97 per ordinary share.

iQiyi's user base is closing in on 100 million members who are contributing an ever-increasing amount of subscription revenue. But the company is also spending heavily on premium content to attract those members. iQiyi's membership segment continues to report an operating loss.

Many investors have referred to iQiyi as "the Netflix of China." However, one thing that sets it apart is its advertising business, which Netflix doesn't have. iQiyi's advertising business continues to generate enough revenue to cover all of the company's total research, sales, and marketing expenses.

As 2019 unfolds, we will continue to build and invest in our content ecosystem which is the foundation for us to achieve long-term sustainable growth.

The foundational content ecosystem that Wang describes seems to be a valuable asset. iQiyi's ad revenue flatlined this quarter and the company guided for it to actually decrease in year-over-year comparisons for the upcoming quarter.

That means iQiyi is focusing on its membership business, where it is neck-and-neck with Tencent Video as China's most popular streaming subscription. Each service has nearly 100 million paying members in this lucrative market, which is believed to have more than half a billion online video streamers.

As a way to differentiate itself, iQiyi is taking a calculated risk of creating its own content, with CEO Gong Yu recently stating it would focus on creating full-length original movies. Even though content costs grew less significantly in this quarter, financing its own original content is a massive commitment. The company recently raised more than $1 billion through convertible bonds.

As in previous quarters, I always like to keep an eye on the spread between the growth in membership revenue and that of content costs. If revenue grows faster than content costs, it is a sign that iQiyi is scaling as a business and expanding profits for shareholders. Membership revenue grew 64% this quarter and content costs rose by 38% -- which is a positive 26-percentage-point difference.

Over the longer term, this is directionally what investors want to see. But if Yu is serious about his company's original-movie ambitions, investors should expect iQiyi's content costs to grow much more significantly in future quarters.