Please ensure Javascript is enabled for purposes of website accessibility
Log In Help Join The Motley Fool
Free Article Join Over 1 Million Premium Members And Get More In-Depth Stock Guidance and Research
By John Ballard – May 17, 2019 at 11:00AM

The game maker closed the books on a record year and is looking to invest in long-term growth in the year ahead.

Take-Two Interactive (TTWO -0.72%) guided for big numbers on the top line and didn't disappoint with its recent report on the fourth quarter and full fiscal year 2019. Adjusted revenue soared 47% in fiscal 2019 to $2.93 billion on the back of the massive launch of Red Dead Redemption 2 last fall. But Take-Two isn't a one-trick pony; the NBA 2K franchise is also enjoying huge momentum.

Most importantly, Take-Two is proving it can sustain player engagement for its pillar franchises, including Grand Theft Auto V (GTA V), which continued to shine last quarter. 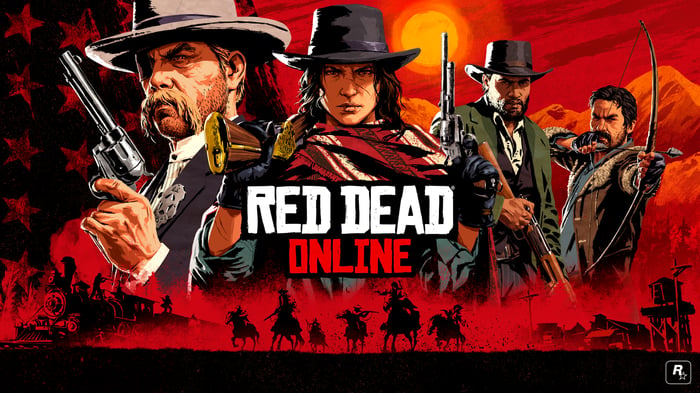 With all the talk of competition from Fortnite, it's clear a lot of gamers are still captivated by immersive gaming experiences that give them a virtual sandbox to play in, as Grand Theft Auto Online and Red Dead Online do. Recurrent consumer spending (including virtual currency, add-on content, and in-game purchases) across the company's games climbed 20% year over year in fiscal 2019 and comprised 39% of the company's adjusted revenue.

Here's a rundown of how the company's biggest games performed and what management is planning to do next.

Take-Two followed up a strong performance by last year's NBA 2K18 with an even stronger showing with NBA 2K19 (released in September 2018). In the last quarter, NBA 2K19 exceeded management's expectations, with recurrent consumer spending up 79%. The popular basketball game is on pace to beat the previous year's version and become the best-selling sports title in the company's history.

The two must-have titles of this console generation

Red Dead Redemption 2 continues to grow following its fall 2018 launch. The game now has 24 million players, and the engagement from that growing base contributed to Take-Two's increase in recurrent consumer spending in the most recent quarter.

Interestingly enough, CEO Strauss Zelnick said, "Red Dead Online is performing better than Grand Theft Auto Online did at the same stage of the game." Of course, it helps that players are more accustomed to online multiplayer gaming experiences than they were several years ago when GTA launched.

Zelnick also mentioned that the company is much further ahead with its infrastructure than it was back then. But this only underscores how the tremendous success of GTA V made the company more profitable, which allowed Take-Two to get more efficient at delivering additional content in these online games, which helps attract more players and keep engagement up.

It's impressive that GTA V continues to sell more copies and contribute to the company's financial performance given that the game is now going on six years since its 2013 launch. GTA V now has 110 million players. In the fiscal fourth quarter, net bookings from GTA Online grew sequentially and exceeded management's expectations once again.

Management expects recurrent consumer spending to be up 20% year over year in the current quarter. The main contributors are expected to be NBA 2K and Red Dead Online. However, the company sees recurrent spending from the aging GTA Online down year over year for both the first quarter and the full year.

But keep in mind, GTA V continues to be a "must-have" title for this console generation, and management had low expectations for Grand Theft Auto last year, but the game continued to outperform them. It's also still one of the most watched games on Twitch.

As expected, management guided for revenue to be lower in fiscal 2020 given the tough year-over-year comparison with last year's launch of Red Dead Redemption 2. But the outlook still looks solid, with adjusted revenue expected to be between $2.5 billion and $2.6 billion, compared to $2.93 billion in fiscal 2018, or a decline of 13% at the midpoint of guidance.

Take-Two has come a long way in five years. The last time Take-Two had a massive launch like Red Dead Redemption 2 was in 2013 with the launch of GTA V. The company reported a record year in fiscal 2014, generating $2.4 billion in adjusted revenue, but the company was not as diversified back then, and revenue dropped more than 30% the next year to $1.67 billion.

With more games bringing in more profit to headquarters, the company is beginning to lay the foundation for future growth. Take-Two generated a record amount of adjusted operating cash flow -- $715 million -- last year. The company now has $1.57 billion of cash and short-term investments and no debt on its balance sheet. It's no coincidence that management plans to put some of that cash to work this year with significant increases in research and development expense to prepare for future releases.

Up next is the highly anticipated release of Borderlands 3, which has generated a lot of buzz ahead of its release date, scheduled for Sept. 13, 2019. Management also has big plans for mobile games, esports, and its Private Division label.

Zelnick stated that these opportunities "have the potential to be enormous drivers of growth." He added, "We are exceedingly well positioned to generate significant growth and margin expansion over the long-term."