Please ensure Javascript is enabled for purposes of website accessibility
Log In Help Join The Motley Fool
Free Article Join Over 1 Million Premium Members And Get More In-Depth Stock Guidance and Research
By Dan Caplinger – May 14, 2019 at 10:06AM

The video game giant celebrated the end of a strong fiscal year and sees further opportunities ahead.

Video game stocks came into 2019 with a lot of promise, but the competitive environment in the industry has gotten a lot fiercer recently. Take-Two Interactive Software (TTWO -3.82%) has plenty of things going for it, including the impressive success of the long-running Grand Theft Auto franchise as well as the more recent release of the much-anticipated sequel Red Dead Redemption 2. Yet even those powerful properties haven't been enough to give investors all the results that they've hoped to see from the company, as the stock hasn't really gone anywhere since the beginning of the year.

Coming into Monday's fiscal fourth-quarter financial report, Take-Two investors were hoping that the company would be able to continue to produce strong revenue growth and make headway on the bottom line as well. Take-Two was able to deliver a solid set of numbers to finish its 2019 fiscal year, and now it'll have to work hard to keep shareholders happy about prospects for fiscal 2020 and beyond. 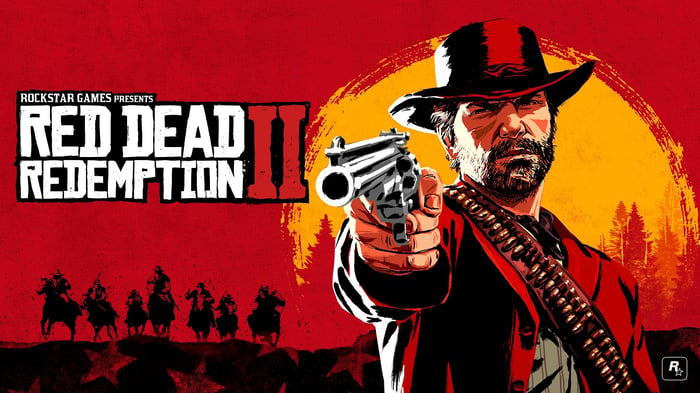 Take-Two's fiscal fourth-quarter results couldn't come close to living up to last quarter's amazing growth following the release of Red Dead Redemption 2, but they were still solid. Net revenue was higher by 20% to $539 million, which was just a bit slower in terms of growth rates compared to what most of those following the stock had anticipated. However, although GAAP net income was down substantially from year-ago levels to just $56.8 million, producing earnings of $0.50 per share, taking out some extraordinary items led to bottom-line performance that was generally in line with or better than what most investors were ready to see.

From a fundamental standpoint, Take-Two held its own. Digitally delivered revenue was higher by 37% to $413.5 million, making up more than three-quarters of the company's total sales. Recurrent consumer spending, which includes virtual currency purchases, add-on content, and in-game purchases, accounted for roughly 54% of total revenue for Take-Two. Total net bookings were up 19% year over year, and the company pointed to the NBA 2K19, Grand Theft Auto, and Red Dead Redemption franchises as delivering some of the biggest contributions to Take-Two's overall growth.

As those who've followed Take-Two for a while would anticipate, the company has realistic expectations about its ability to match its 2019 performance. Red Dead Redemption 2's rollout in 2019 set a bar that the video game company admits will be too high to overcome, but Take-Two still sees fiscal 2020 ending up better than the company performed two years ago.

Specifically, Take-Two anticipates that fiscal first-quarter results will include revenue of $485 million to $535 million and earnings of $0.65 to $0.75 per share. Meanwhile, for the full year, revenue of $2.7 billion to $2.8 billion is consistent with the consensus forecast among investors for about $2.77 billion in sales, although the earnings forecast of $3.39 to $3.65 per share on a GAAP basis doesn't really compare directly with the adjusted figures that most investors seem to be focusing on.

Take-Two investors seemed to take the news in stride, as even though the stock initially fell about 4% in after-hours trading Monday following the announcement, shares recovered most of their losses in premarket trading on Tuesday morning. The inevitable slowdown following the release of a blockbuster hit often looks worrisome, but Take-Two has a long history of making the most of long-term opportunities and getting as much value as possible from its hit franchises. There's no reason to think anything different heading into a new fiscal year.