Shares of Impinj (NASDAQ:PI) started sliding on Friday morning, and the slow decline didn't stop before the closing bell. The maker of radio frequency identification (RFID) components and systems didn't have any news to report today, leaving investors scratching their heads over the falling stock price. At the end of the day, Impinj shares closed 13.5% below Thursday's closing price. 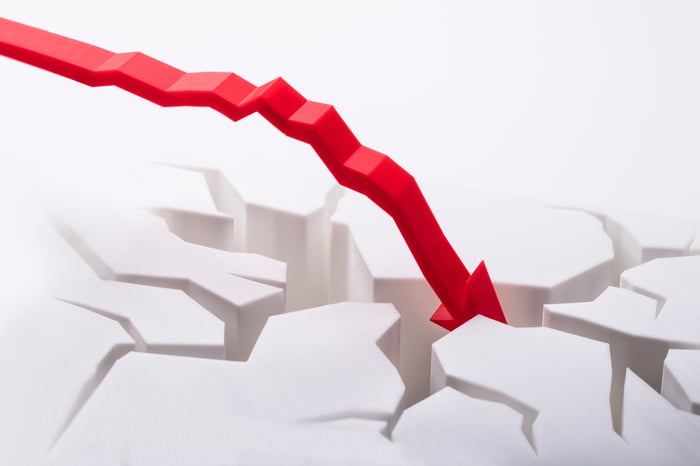 Impinj is an extremely volatile stock even on its best day. The stock's 3-year beta value stands at 2.8, meaning that share prices tend to move about three times as far as the general market under normal conditions. A value of 1.0 would mean that the stock in question is about as volatile as the S&P 500 index. So on a day where the S&P 500 fell 0.6% and the tech-heavy Nasdaq Composite index lost 1.1%, it's only natural to see Impinj making a bigger move in the same direction.

Today's swing may also have been amplified by the simmering trade squabble between Washington and Beijing, which could make it difficult for Impinj to sell RFID solutions to Chinese customers -- including system builders who are incorporating the RFID technology in their broader solutions. Again, there was no particular news to share today regarding RFID trends in China, but investors in ultra-volatile stocks like Impinj often wear their nerves on their sleeves.

And of course, Impinj's stock has been setting itself up for a big correction by rising quickly in recent months. Even now, the stock is trading 67% higher over the last year after nearly doubling in 2019 alone.

The only thing that seems sure at this point is that Impinj's shares will continue to make big moves -- up and down -- for the foreseeable future. The stock chart might calm down once the Sino-American trade conflict ends, and Impinj investors would absolutely embrace any signs of a stabilizing RFID market on a global level. Until then, the wild ride continues.