Shopify (NYSE:SHOP) has had a huge run over the past few years. The all-in-one e-commerce platform has benefited from its first-mover advantage, industry-leading platform, "sticky" subscription customer base, and a robust payments processing platform that grows along with its customers.

Leading enterprise software companies have done terrifically in this market. Software companies don't have to deal with rising input costs due to tariffs, and most have little exposure to China. In addition, since business software tends to provide "mission critical" aspects of customers' businesses, their revenues tend to be more insulated from economic downturns.

Still, these companies also tend to have very high valuations. So, do these crosscurrents make Shopify a buy, sell, or hold? 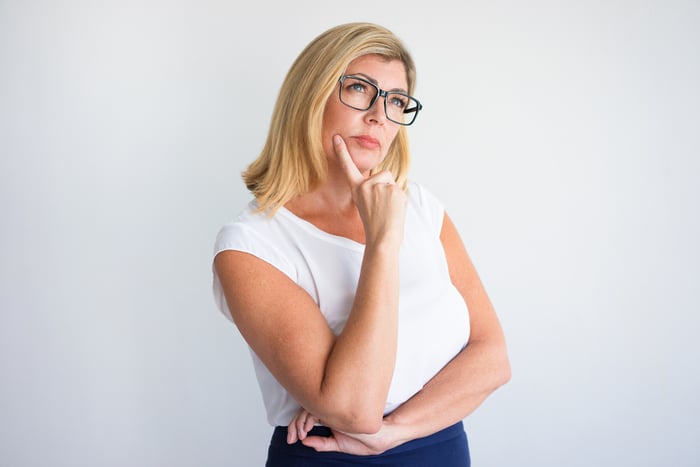 Shopify is, obviously, a big growth story. The company was a first-mover in the space, providing a one-stop shop for entrepreneurs to mange their sales and marketing across a variety of channels, from desktop, to mobile, to even physical stores. Shopify has also developed complementary products and an ecosystem of third-party apps.

The recent quarter showed robust growth in each segment:

As you can see, Shopify is displaying strong, albeit decelerating, revenue growth, and contracting gross margins; however, the gross margin for its subscription offerings is actually expanding, and that segment is more profitable overall. Furthermore, marketing solutions gross margin contracted likely because Shopify introduced its own POS hardware in 2017 (previously it had been designed by third parties), which could have crimped margins in 2018, though it likely helped revenue.

Shopify is also spending all of its excess gross margin on operating expenses, as it pursues an aggressive "land and expand" strategy. As I mentioned, enterprise software tends to be a sticky business, so Shopify is using its leading position and resources to grow as fast as possible, with robust sales and marketing and research and development investments. Last quarter, operating expenses surged 49.9%, slightly ahead of revenue growth. That led to operating losses just under breakeven.

Is the valuation warranted?

Make no mistake, Shopify is a very expensive stock. The company currently posts slight losses, and trades at about 23 times sales -- not earnings, sales.

That implies a huge amount of growth and profit expansion, which I am not totally convinced is realistic. Shopify guided for about $1.5 billion in revenue for 2019, or about 38% to 40% growth. At today's $28 billion market cap, that's still about 18.5 times 2019 forward sales estimates.

Don't get me wrong: Shopify is a stellar growth story, and eventually operating expenses will moderate and operating leverage will happen. But if that is several years away, investors may have to wait a while before they see any meaningful profits.

And remember, while Shopify is displaying terrific growth, that growth did decelerate substantially year-over-year, as the above table indicates. The company's high-margin subscription segment decelerated by about one-third, a much-greater slowdown than the lower-margin marketing solution.

Going against the crowd

I'm clearly in the minority on this one, as Shopify has incredibly doubled since the beginning of the year. Shopify has never been cheap on this incredible run, but as you can see, the company's stock price isn't the only thing at an all-time high; its price-to-sales ratio is also at a record high: 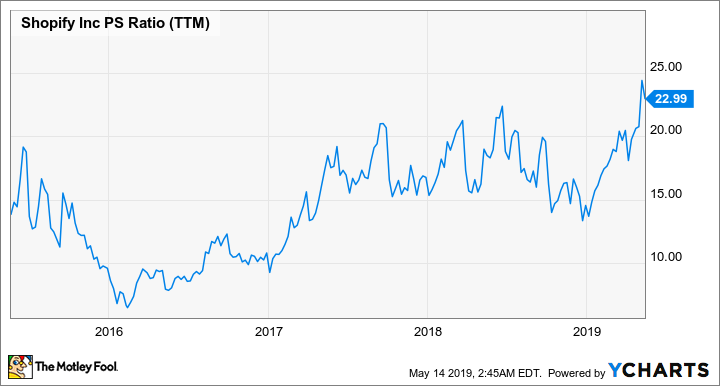 As it stands, Shopify is just too expensive for me at the moment. However, there's no doubt it's an impressive company, so you should put it on your watch list in case of a significant pullback.