Please ensure Javascript is enabled for purposes of website accessibility
Free Article Join Over 1 Million Premium Members And Get More In-Depth Stock Guidance and Research
By Leo Sun - May 20, 2019 at 12:00PM

Over the past decade, retailers launched smartphone apps and optimized their websites for mobile devices. Today, many are dabbling with next-gen shopping solutions like voice shopping on smart speakers, virtual reality (VR) shopping apps, and pop-up stores.

Blackhawk Network recently found that many Generation Z shoppers -- defined as folks born between 1995 and 2015 -- were willing to use these newer shopping solutions on a monthly basis. 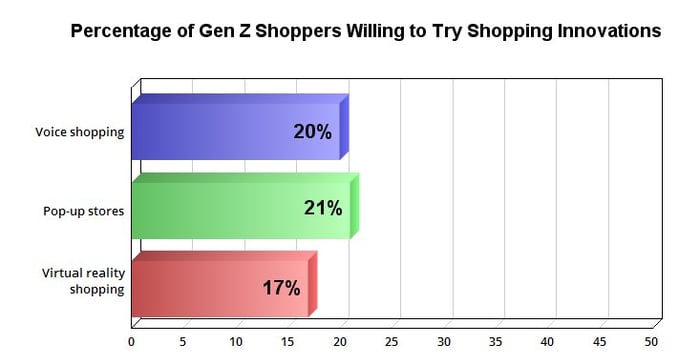 That's good news for Amazon ( AMZN -1.38% ), which controlled 61% of the U.S. smart speaker market in January, according to Voicebot.ai. Amazon is also reportedly developing a VR shopping app, which could turn its online marketplace into a virtual department store. Walmart ( WMT 1.51% ), which acquired VR start-up Spatialand last year, could also be developing a similar app.

Retailers that adopt these solutions could lock in younger shoppers, so investors shouldn't dismiss these new shopping trends as gimmicks or fads.