In 1992, Chris McCandless was living alone in the Alaskan wild. After a two-year odyssey, he was ready to return to his family and friends. There was one problem: The Teklanika River he crossed with ease during the winter was now raging.

What followed was a string of events that ultimately led to his tragic death. Sadly, because McCandless refused to bring a map of the area, he was unaware the Teklanika was easily cross-able just a mile upstream.

You might know McCandless from popular book-turned-movie Into the Wild. We will narrow in on one slice of the saga: the undramatic, simple piece of information that could have saved his life. 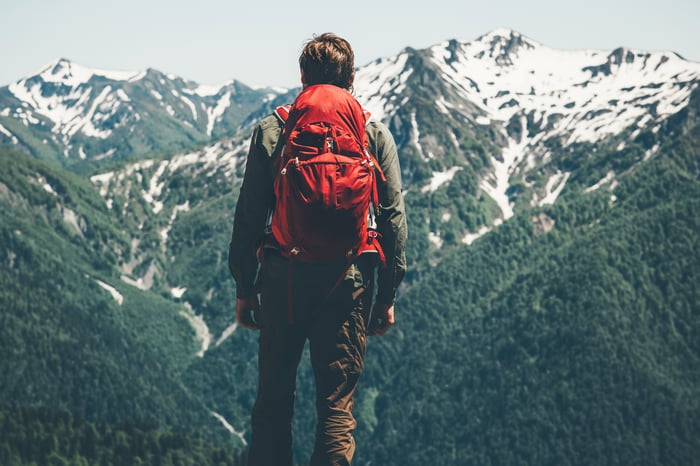 A recent survey by Charles Schwab shows how conflicted Americans are  when it comes to money. The survey focused on wealth -- what it means, and how to get it.

What people really want: The majority of people (72%) define "wealth" based on how they live their lives, rather than a specific dollar amount. To extend this framework, people with complete autonomy over their time are considered wealthy.

A romantic, damaging illusion: When asked to give a monetary figure for "wealth", the average across Schwab's respondents came to $2.27 million. That's a lot of money. Such a net worth would put you in roughly the top 5% of all U.S. households -- and reliably provide more than $90,000 in spending per year without having to lift a finger.

A sense of hopelessness: Perhaps because that $2.27 million seems so out of reach, the vast majority of Americans (also 72%) have no written financial plan at all.

The tragic oversight: A small cohort of those surveyed (8%) said they already considered themselves "wealthy". The net worth needed to achieve this: $700,000. Of course, that's not nothing -- but it's 70% less than what most people think they need!

When it comes to finances, expectations, and planning, we are a nation of McCandlesses. All we really want is control over our time. We think that requires huge sums of money (the river is unpassable). It really doesn't (just go one mile downstream). But we'll never realize that unless we take a few hours a year to devise a financial plan (McCandless's missing map). 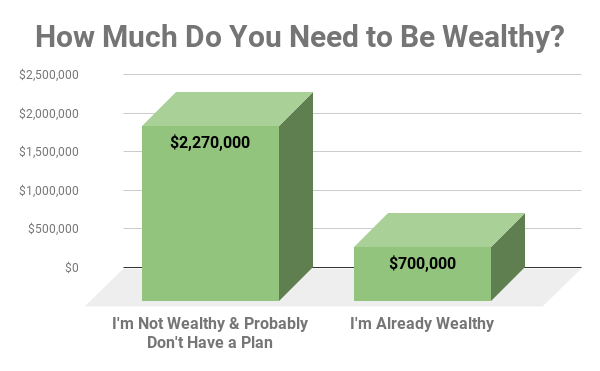 Chart by author, interpretation of data from Schwab survey.

To be fair, there could be some people without written financial plans who consider themselves wealthy, and definitely some with plans who aren't "wealthy". Schwab doesn't give such granular data.

The natural retort to this is understandable: "We're swimming in a sea of debt, and $700,000 is still unattainable for most." That might be true, but it's no excuse for not having a written financial plan.

That's because those with a written plan -- regardless of their net worth -- were far better off in a number of areas including being:

So what does a written financial plan look like? There's no one-size-fits-all model. But it should include some basics including:

After spending a chunk of time tackling these topics in our late 20s, my wife and I now spend no more than one hour per month on our financial plan. It is a very basic spreadsheet of our net worth and our overall cash position. If the overall cash position is shrinking, we investigate why. If it's growing, we decide what to do with any excess at the end of the year.

In the end, however, it isn't even the plan that matters -- it's the simple practice of thinking explicitly about your money that makes the difference. If we aimlessly wander through our lives without explicitly addressing these issues, we'll never know where our level of "Enough" or "Wealth" really is. And that's a shame, because we have far more control over both than we realize.