HSBC has been getting increasingly bearish on Apple (NASDAQ:AAPL) in recent months. The bank had cut its price target on Apple shares in January, before downgrading its rating to sell just last month due to concerns about iPhone demand and a prediction that it will take a long time for the company's services push to pay off. HSBC is now dropping its price target even further, from $180 to $174, while keeping the same overall rating.

This time around, analyst Erwan Rambourg is concerned about President Trump's escalating trade war with China. 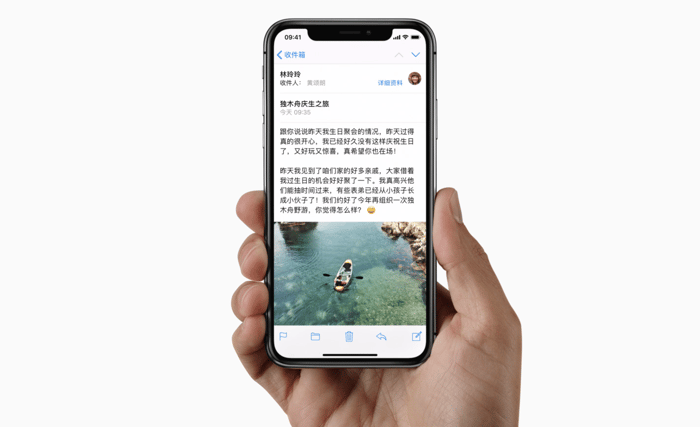 Trump's trade war hits Apple in more ways than one

In a research note this morning, Rambourg argues that Trump's trade war will weigh on Apple in numerous ways. The most obvious impact is that the tariffs will increase Apple's costs, and the tech giant will then have to either raise prices or absorb the impact. Both scenarios are bad, since raising prices will hurt demand, while eating the costs will crush margins. A price increase would likely have "dire consequences on demand," according to Rambourg.

JPMorgan recently estimated that iPhone gross margin could decline by 4 percentage points due to the added expenses. Contrary to Trump's repeated assertion that China pays the tariffs, the costs are borne by U.S. importers and oftentimes consumers in the form of price increases.

The other likely consequence is that Chinese consumers will "accelerate the shift to smartphone substitutes" offered by local rivals like Huawei and Xiaomi. iPhone demand in the Middle Kingdom has already been suffering, and even aggressive price cuts have done little to spur sales. Meanwhile, Huawei grew global smartphone volumes by 50% in the first quarter, according to third-party estimates from IDC and Canalys.

It's also worth noting that there has already been growing anti-Apple sentiment in China, both due to the trade war and tensions regarding Huawei in particular. The U.S. blacklisted Huawei due to national security concerns last week, a move that has vast consequences beyond the scope of this article. That has exacerbated anti-Apple attitudes on Chinese social media platforms like Weibo, a microblogging service similar to Twitter, according to Buzzfeed News. Many users question if iPhones are worth the premium prices when Huawei handsets offer compelling value, with some saying they plan on buying a Huawei phone next.

The rising tensions come just as Apple had started to make some progress in China. The Mac maker's second-quarter guidance was surprisingly strong considering the challenges that the company has been facing in China, which was interpreted as evidence that Apple's recent moves were beginning to work. For instance, the tech giant said it would start absorbing foreign currency impacts in an effort to stabilize local pricing, while reducing friction around trade-ins, among other efforts.

"Our year-over-year revenue performance in Greater China improved relative to the December quarter and we've seen very positive customer response to the pricing actions we've taken in that market, our trading and financing programs in our retail stores, the effects of government measures to stimulate the economy, and improved trade dialog between the United States and China," CEO Tim Cook said on the earnings call last month.

Unfortunately for Apple, trade negotiations have deteriorated quite a bit since then.