If Uber Technologies (NYSE:UBER) and, perhaps even more significantly, Lyft (NASDAQ:LYFT) investors were rubbing their eyes over the weekend, it could be because both of the out-of-favor ridesharing stocks moved higher last week. Uber and Lyft shares rose 0.8% and 5.3%, respectively, for the week.

Things are far from perfect. This was Uber's first full week of trading, but the northerly nudge wasn't enough to get the stock back to the prior year's IPO price. Lyft is miles away from its debutante price, and the faster-growing yet smaller player saw its stock slide in five of its first six full weeks on the market before last week's pop. Lyft investors are getting a break, and Uber is clawing its way back to its original starting line, but it's going to take more than one positive week to turn momentum around. 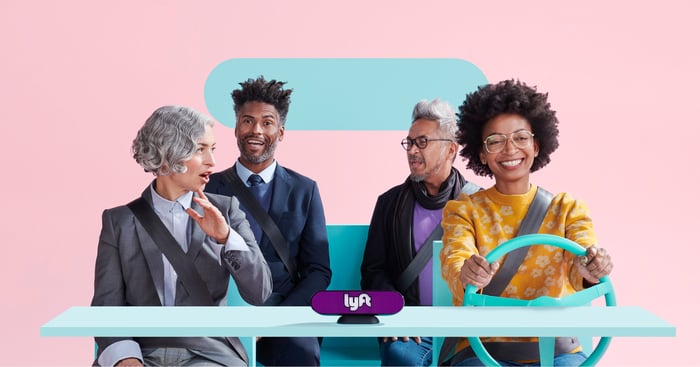 There were a couple of news developments for Uber and Lyft last week. The federal labor board's general counsel released an opinion on Tuesday, arguing that Uber drivers and independent contractors are not employees. The counsel contended that Uber drivers have full control of their cars and can work with rival services. Two days later, options traders had a way to play both sides of the Uber story.

Things were even busier on the Lyft front, highlighted by encouraging partnerships announced with Mastercard (NYSE:MA) and Hilton Worldwide (NYSE:HLT). Mastercard and Lyft announced a new debit card targeted at drivers of the car service. Lyft Direct Debit -- a co-branded debit card and bank account issued through Stride Bank and powered through Payfare -- lets drivers get paid faster without transfer fees or waiting periods. This won't be the same mainstream product that Uber has with its Barclays-issued credit card, but it's a step in the right direction in keeping its drivers happier.

It wasn't all good news for Lyft, though. Seaport Global analyst Michael Ward did lower his price target on the shares from $42 to $35. He already had a bearish sell rating on the stock, but concerns about steep losses in its first-quarter report leave him skeptical that Lyft will achieve profitability anytime soon.

Obviously, investors felt more positive than negative about Uber and Lyft last week. The two stocks rose in a week that saw all of the major domestic market indexes moving lower, and now the real test is building on that momentum.