Pembina Pipeline (NYSE:PBA) has been quietly having a good year. Shares of the Canadian midstream company are already up more than 20%, thanks in large part to a rebound in the energy market. While that rally is great news for existing investors, it has pushed down the yield on the company's dividend to about 4.7%.

Because of that, Pembina Pipeline isn't as compelling an investment opportunity as it was earlier this year. However, that doesn't mean shares aren't still worth buying. Here's why some investors might want to consider adding the Canadian pipeline company to their portfolio. 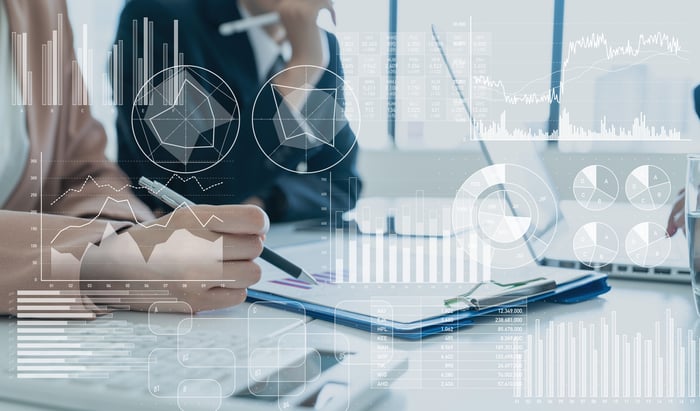 The bull case for Pembina Pipeline

The main draw with Pembina Pipeline is its dividend. The company not only offers a relatively high yield, but it pays investors each month as opposed to quarterly. Further, that payout should be sustainable over the long term.

Three factors drive that view. First, Pembina currently gets 86% of its earnings from stable fee-based contracts, which is above its 80% target. Second, it only pays out about 57% of its total cash flow, which is a conservative level for a pipeline company. Finally, the company has a strong investment-grade credit rating backed by leverage metrics that are currently below its target range.

Pembina Pipeline adds to the attractiveness of its dividend by aiming to increase it each year. The company has done so for eight straight years, growing the payout at a 4.1% compound annual rate over that time frame. That trend should continue over the next several years because the company has 4.8 billion Canadian dollars ($3.9 billion) in growth projects under construction. As they come online, those expansions should supply the company with the incremental cash flow needed to continue growing the dividend each year.

The third factor in Pembina's favor is its valuation. The Canadian pipeline company expects to generate about CA$4.50 ($3.36) per share in adjusted cash flow in 2019. With its stock currently selling for about CA$49 ($36.50) apiece, shares trade at about 11 times cash flow. That's a very reasonable level for a pipeline company, especially considering that leading Canadian rival Enbridge currently trades at slightly more than 11 times cash flow.

The bear case for Pembina Pipeline

It's hard to find a knock against Pembina Pipeline. That's because the company's management team has set up strict financial guardrails to ensure it maintains a strong balance sheet so that it can weather storms in the energy market. Meanwhile, it has done an excellent job securing expansion projects that position it to continue growing cash flow for the next several years, including adding CA$3.5 billion ($2.6 billion) of projects to its backlog in the past year.

However, if there is one concern with the company, it's the Jordan Cove LNG project. Pembina inherited the proposed natural gas export terminal along Oregon's coast when it acquired Veresen. While the project makes lots of economic and strategic sense, it's highly controversial, since both landowners and environmentalists opposed its construction. The company has already faced several setbacks, including a recent permit denial, which have pushed its proposed in-service date to 2025. Continued issues with this project could weigh on the company, which increases its risk.

Verdict: Pembina Pipeline is a buy, especially for those seeking monthly income

Pembina Pipeline should have no problem continuing to grow its high-yielding dividend at a mid-single-digit rate for the next several years. Thanks to that, the company's stock should be able to produce total annual returns in the low double digits, especially since it has a reasonable valuation. That makes it a solid stock to buy, especially for investors who would like a monthly income stream. On top of that, it has a wild card in Jordan Cove. The project shouldn't hurt the company too much if it sees further delays, while it adds significant upside potential if it eventually moves ahead.