Please ensure Javascript is enabled for purposes of website accessibility
Log In Help Join The Motley Fool
Free Article Join Over 1 Million Premium Members And Get More In-Depth Stock Guidance and Research
By Steve Symington - May 22, 2019 at 7:58PM

Take a closer look at the banking software specialist's latest quarter to find out.

Q2 Holdings (QTWO -3.64%) released better-than-expected first-quarter 2019 results earlier this month, setting a new high mark for quarterly bookings, showcasing the fruits of recent acquisitions, and highlighting the sustained momentum of its core digital-banking platform. Though shares of Q2 Holdings initially pulled back modestly in response, they've since all but recovered to trade within 2% of their all-time highs as of this writing.

That raises the question: Is Q2 stock worth buying and holding today? Let's dig deeper into its start to the new year to find out. 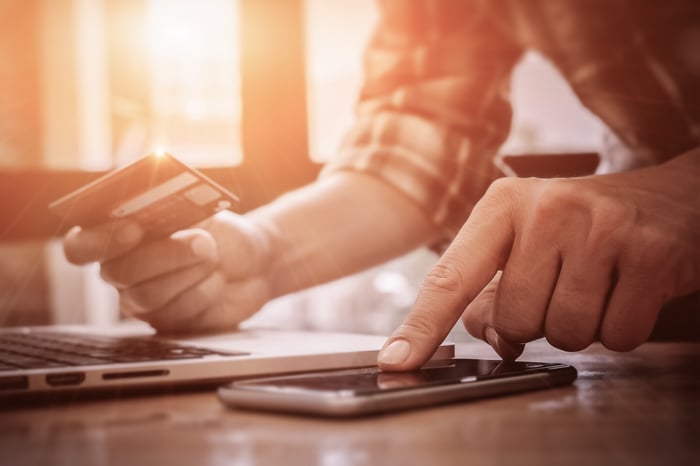 We had a strong start to the year in the first quarter, particularly on the sales side of the business. We achieved record bookings for a first quarter, powered by a broad mix of deals that included our newly acquired Gro and Cloud Lending products in multiple combinations. We also continued our sales execution on the digital banking side, with a balanced performance across bank and credit union markets. With our current pipeline and newly expanded product portfolio, I'm as optimistic as ever about the opportunity ahead of us through 2019 and beyond.

As such, for the full year of 2019, Q2 increased its outlook to call for revenue of $308.8 million to $311.8 million (up from $305 million to $309 million previously), good for growth of 28% to 29% from 2018. Q2 simultaneously reiterated its outlook for 2019 adjusted EBITDA of $20 million to $22 million -- indicating the company expects a particularly strong second half as its strategic investments in acquired businesses begin to wane.

Where does that leave investors today?

It might be tempting to avoid Q2 right now with shares trading hands at a whopping 162 times this year's expected earnings and nearly 13 times trailing 12-month sales. But the former also measures from a minuscule adjusted-earnings base as Q2 edges into the black this year. Further, as management noted during their annual Investor Day a few months ago, the combination of Q2's expanded product portfolio (both through acquisitions and organic innovation), as well as cross-selling opportunities as demonstrated in the Gro contract signed this quarter, has effectively increased its total addressable market to $8 billion today. Assuming it can sustain its momentum and grab a meaningful piece of that pie -- and as long as the company isn't acquired before then -- that leaves Q2 Holdings with an enviable runway for growth from its aforementioned 2019 revenue guidance.

So with the caveat that it almost certainly won't be a straight line upward, I think patient, long-term shareholders would do well to consider buying Q2 stock today.