Please ensure Javascript is enabled for purposes of website accessibility
Log In Help Join The Motley Fool
Free Article Join Over 1 Million Premium Members And Get More In-Depth Stock Guidance and Research
By Jason Hall – May 26, 2019 at 12:23PM

Clearway Energy's results are being impacted by the ongoing PG&E bankruptcy, but it's likely to emerge unaffected. That could make it an excellent buy, if management can fix some other problems.

If you look at a chart for Clearway Energy (CWEN 0.09%) (CWEN.A), it might be easy to fall into a bit of a dividend trap. On a trailing basis, the renewable energy producer's dividend yield looks like you'd get paid well north of 7%. 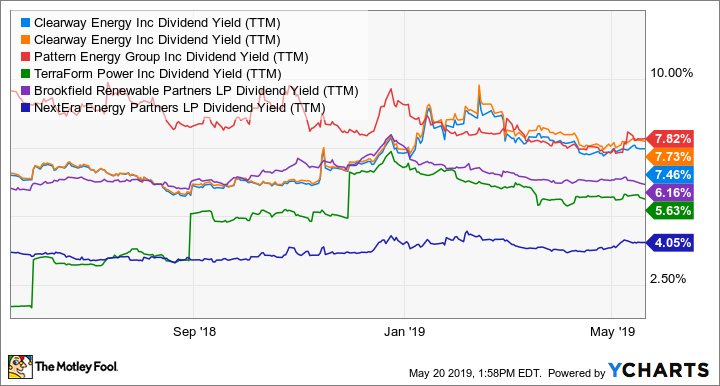 But don't be so quick to pull the trigger; you wouldn't be bagging a yield nearly so high in future. The company had to cut its quarterly dividend to $0.20 per share in late 2018, and the forward yield is 5.4% at recent prices. One of the main reasons behind the dividend cut -- the ongoing bankruptcy of one of its biggest customers, PG&E (PCG -0.12%) -- has impacted how much of its cash flow the company can pay out. 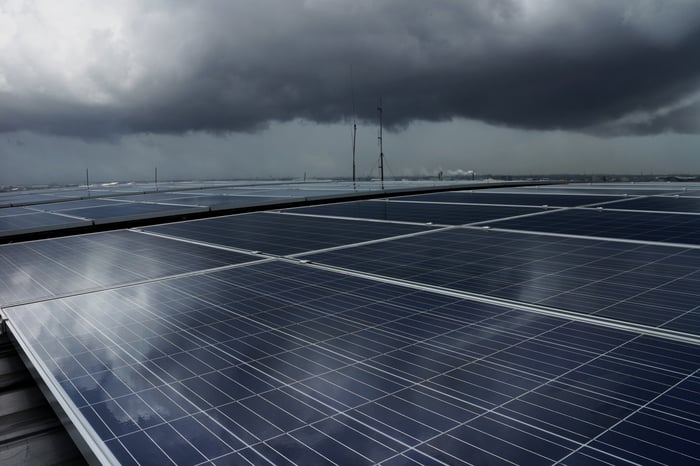 Clearway's cloudy outlook is likely to prove only a short-term problem, but investors should probably wait it out before buying. Image source: Getty Images.

It could be some time before there's resolution on this issue, even as PG&E continues to pay Clearway at agreed-upon rates, and could emerge from bankruptcy sooner than expected. That keeps Clearway off the buy list for me -- at least right now. But it's on my watchlist: Its core business is quite solid, it has a nice pipeline of growth projects and a reliable corporate sponsor, and renewable energy is set for many years of growth to come.

Most of the best-known yieldco stocks are still down from their peaks in 2017, following a lot of exuberance that saw many investors move capital into the space: 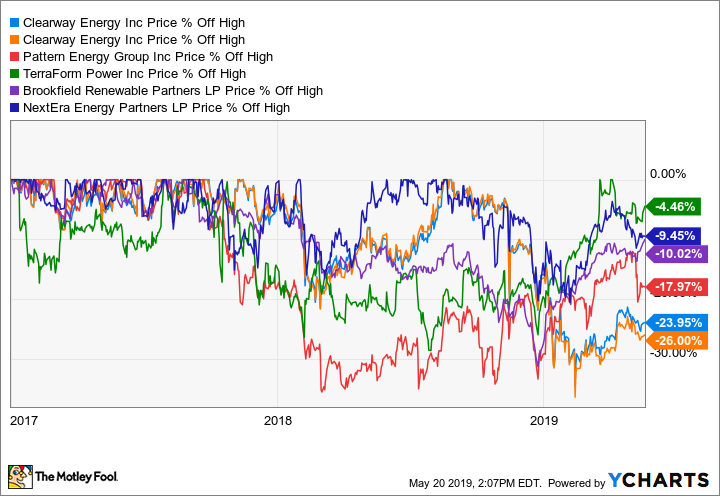 Of the group, Clearway's shares are still well below their peaks, while the others have started to recover much of their losses. The key difference is largely Clearways' exposure to PG&E: That restricts how much of the cash flow it generates, as measured by the cash available for distribution (CAFD) it's able to pay out to shareholders.

So while other yieldcos have been able to increase or at least maintain their payouts, Clearway was forced to cut its dividend by almost 40%: 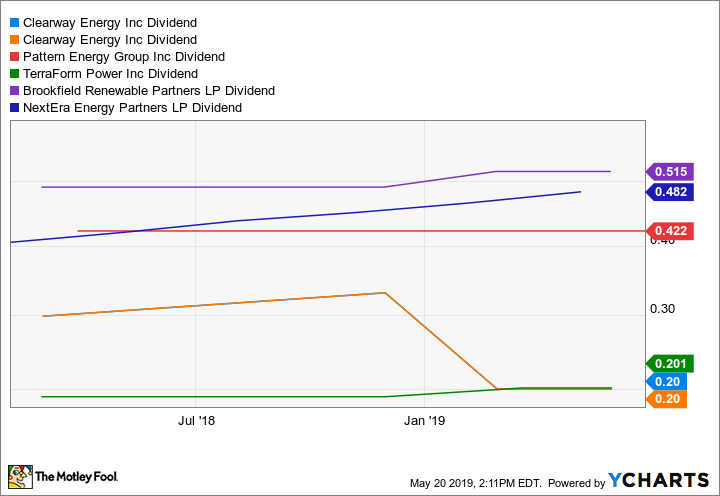 Compare that to Brookfield Renewable Partners, which has raised its payout every year for a half-decade, and aims to grow the payout 5% to 8% every year.

What management is doing about it

Here's the thing: It's not just the PG&E bankruptcy affecting the company's cash flow. On the first-quarter earnings call, CFO Chad Plotkin pointed out that of the company's negative $13 million in CAFD, roughly $7 million was due to cash distributions held up at unconsolidated projects related to PG&E. In other words, there are other things Clearway must correct to get its cash flow moving in the right direction.

Part of this will simply be growing its portfolio of projects, and the company is making progress in this regard. It recently announced several asset acquisitions and investments in still-developing projects, which are expected to contribute more than $5 million in CAFD by 2020.

What would make Clearway a buy?

There are two things I want to see before moving Clearway off my watchlist and onto my buy list.

First: There needs to be some resolution to the PG&E bankruptcy -- more specifically, actions that protect Clearway's cash flow and open it back up to distribution to the company. The bottom line is that PG&E relies on the energy it gets from the assets Clearway owns a stake in, and unless it's currently charging exorbitant rates -- which isn't likely -- I expect the long-term result to be minimal impact for Clearway. The biggest problem will be the impact on cash flow in the near term.

Second (and, to some extent, more important): I want to see Clearway begin generating more CAFD from its other assets. Barely more than half of its negative CAFD would be resolved by the distributions from unconsolidated PG&E-related power sales; until the company demonstrates it can generate more cash from the rest of its assets, the dividend remains at risk.

I expect management should be able to resolve this in due time, but as the saying goes: "In God we trust; all others pay cash." Until management shows me the money, I'd much rather invest in a yieldco like Brookfield Renewable that's shown it can make money and steadily grow its dividend.