Please ensure Javascript is enabled for purposes of website accessibility
Free Article Join Over 1 Million Premium Members And Get More In-Depth Stock Guidance and Research
By Leo Sun - May 28, 2019 at 7:15AM

HP's ( HPQ -1.81% ) stock tumbled in late February after the PC and printer maker posted its slowest sales growth in over two years. However, the stock recently rebounded after its second-quarter numbers beat estimates on both the top and bottom lines.

HP's revenue stayed roughly flat year over year at $14 billion but beat estimates very slightly by $30 million. Its adjusted earnings per share, buoyed by buybacks, rose 10% to $0.53 and cleared expectations by $0.02. Those numbers look soft compared to its double-digit sales growth throughout 2018, but they also indicate that the tech giant isn't headed off a cliff. 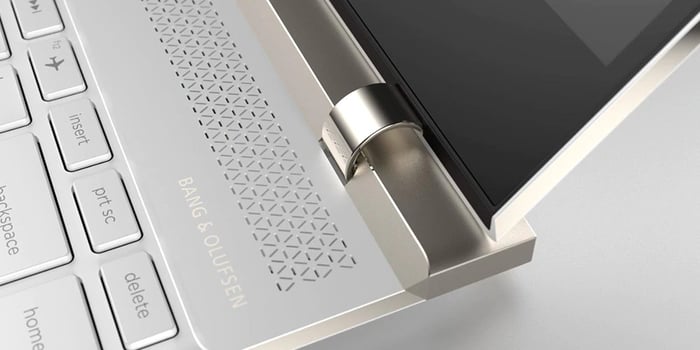 I've owned shares of HP since late 2017, and my position has underperformed the S&P 500 by a wide margin. Nonetheless, I plan to stick with this stock for four simple reasons.

On a constant currency basis, its personal systems revenue rose 5%, compared to 3% growth in the first quarter. This indicates that the business is still growing, even though global PC shipments declined 3% year over year in the first quarter, according to IDC.

Within the segment, HP's commercial revenue rose 7%, thanks to enterprise upgrades for security-oriented desktops and notebooks. That growth offset its 9% decline in consumer revenue, which struggled with longer upgrade cycles, Intel's ( INTC -1.60% ) ongoing chip shortage, and competition from mobile devices.

HP's total PC shipments dipped 1%, with a 5% drop in notebooks offsetting its 6% growth in desktops. However, it still grew the unit's revenue by selling pricier enterprise and gaming PCs.

HP's PC business is much healthier than its printer business, which struggled with a 4% drop in its hardware shipments during the quarter and a 3% decline in its supplies revenue caused by stiff competition from generic ink and toner suppliers.

HP generates its revenue from three regions -- the Americas, EMEA (Europe, Middle East, and Asia) and APJ (Asia-Pacific and Japan). HP lost momentum in the Americas and EMEA this year, but its growth in Asia remains strong:

During the conference call, HP CEO Dion Weisler said that China was "a great success" despite a recent slowdown, and that it still saw robust demand for its gaming laptops across the country. Weisler also noted that Japan's "particularly strong" growth offset its slower growth in China.

Positive catalysts on the horizon

HP's growth looks sluggish today, but several catalysts are on the horizon. Intel expects to resolve its chip shortage by the end of the year, which should allow HP to sell more mid-range consumer PCs. Low memory prices could also help HP retain healthy gross margins as its PC sales accelerate again.

As for the printing business, the expansion of Instant Ink's global subscriber base could counter generic rivals, its smaller industrial 3D printing business should keep growing, and it can leverage its acquisitions of Samsung's printing unit and office equipment dealer Apogee to lock in more enterprise customers.

Lastly, HP continues to reward shareholders with big buybacks and dividends. It repurchased $691 million in shares and paid out $245 million in dividends during the quarter -- which used up over 100% of its free cash flow.

HP expects its stable sales growth, improving margins, and buybacks to help it grow its adjusted earnings by 6%-9% this year. At $20 per share, HP trades at just nine times that estimate while paying a dividend that yields 3.2%. Investors who sell the stock here instead of waiting for the catalysts to kick in could regret their decision over the next few quarters.