Picking a stock is a matter of both finding good investment opportunities and finding opportunities that fit with your personality. In end, even the best high-risk stock could leave a conservative investor unhappy and sleepless. Similarly, a great conservative stock would likely bore a growth investor to death. The type of investor you are is very likely going to be the most important factor when you compare Kinder Morgan Canada (OTC:KMLGF) and TC Energy (NYSE:TRP), formerly known as TransCanada Corporation. Here's what you need to understand to help you pick between these two Canadian midstream companies.

Is the cup half-full or half-empty? 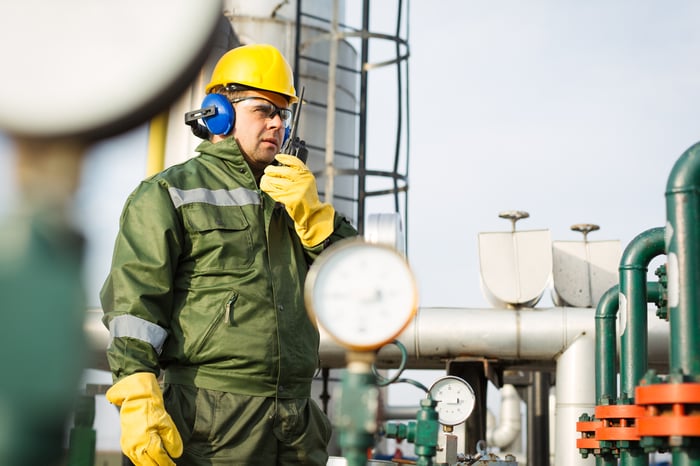 This is where things get a little tricky. That asset sale left Kinder Morgan Canada with a huge amount of cash. But Kinder Morgan, Inc. owns about 70% of Kinder Morgan Canada and wanted to get its hands on the money. So it orchestrated a big special dividend, which was paid in early 2019. At this point Kinder Morgan Canada owns just three assets (a pair of terminals and a pipeline). Investing around $32 million in those midstream assets is expected to push adjusted EBITDA up roughly 12% in 2019. But there's no indication of what happens after that.

In addition, Kinder Morgan Canada used some of the cash from the Trans Mountain sale to pay down debt. So at this point the company is projecting debt to EBITDA of just 1.3 times by the end of 2019. That's very low for a midstream company. And with a market cap of just $315 million, it won't take much to move the needle on the top and bottom lines. With a large parent and little debt, there's good reason to expect solid future growth at Kinder Morgan Canada. 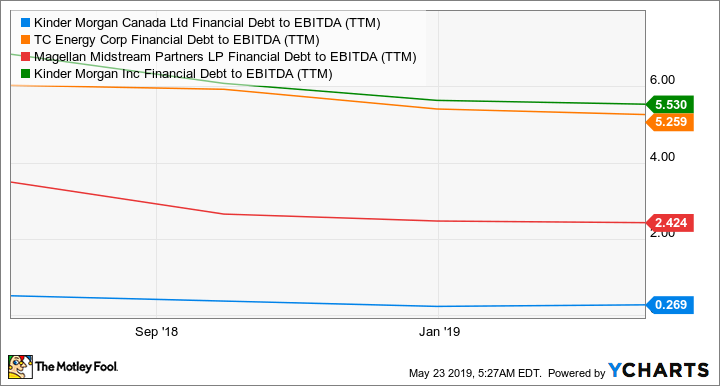 The only problem is that after a recent strategic review, the only thing that has been decided beyond 2019 is that Kinder Morgan Canada should continue as a stand-alone entity. There's a lot of opportunity here, but not much clarity on what happens after this year. And while Kinder Morgan's 70% interest can be seen as a positive, it can also be seen as a negative, since it means the U.S. company controls Kinder Morgan Canada. For more venturesome investors this will probably look like a glass half-full, but conservative types should probably look elsewhere -- at least until there's more clarity about the future.

A giant with giant plans

TC Energy, which changed its name from TransCanada in May 2019, is very different from Kinder Morgan Canada. For starters, it has a market cap of roughly $45 billion, ranking it among the largest midstream entities in North America. Second, it has pipeline assets that span North America (the company estimates that it delivers roughly 25% of the natural gas consumed in the region). It also has an energy business that owns pieces of 11 power plants.

There's two notable takeaways here. First, most of these businesses generate steady cash flows, so there's material support for the company's 4.6% dividend yield. Those flows also help to explain an impressive streak of 19 consecutive years with dividend increases (note that the dividend is paid in Canadian dollars, so the U.S. value of the dividend will vary with exchange rates). However, because of the scale of the operation today, it takes a lot to move the needle at TC Energy.

That said, the company has big plans. TC Energy intends to spend roughly $30 billion between 2019 and 2023. It believes that these projects will lead to EBITDA growth of about 9% a year (using 2015 as the base year). That in turn will provide the opportunity for dividend growth of between 8% and 10% annually. With a strong operating history behind it, there's little reason to doubt that TC Energy can live up to these promises. In fact, it's recently been putting up record results, driven by its massive capital spending program. 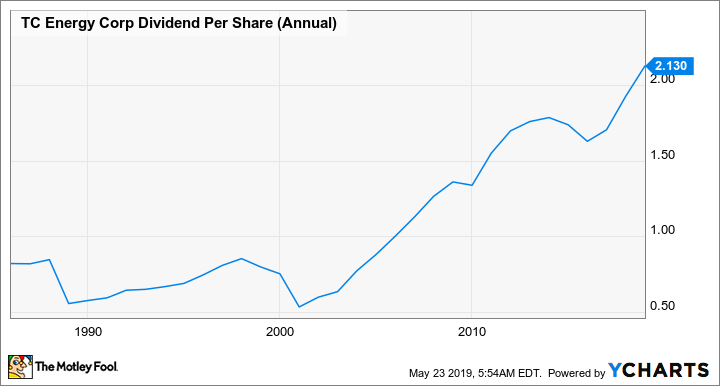 For investors who prefer a little more certainty in their lives, TC Energy will be a much better option than Kinder Morgan Canada, where a future game plan is still being written. That said, TC Energy's leverage is toward the high end of the midstream industry. This isn't a new development, it has always made more aggressive use of its balance sheet than its peers, but it is something to keep an eye on. Only the most conservative of investors should avoid TC Energy because of its leverage.

Most investors will probably be better off with TC Energy. It is a large, well-positioned midstream player with clearly defined growth plans. Add a long history of dividend increases backed by stable cash flows, and there's even more to like here. That said, for those crazy optimists out there, Kinder Morgan Canada's blank slate might be tempting. Just go in knowing that the company's fate is really controlled by U.S.-based Kinder Morgan, Inc. Yes, the future could hold huge opportunities, but what that means at this point is very uncertain.