Shares of SeaWorld Entertainment (NYSE:SEAS) traded up more than 16% on Tuesday after the theme park operator announced a series of share purchase agreements that should remove a worry hanging over the stock.

SeaWorld before markets opened Tuesday said it has agreed to acquire about 5.6 million shares held by Pacific Alliance Group for about $150 million, and that Hill Path Capital will buy an additional 13.2 million shares from Pacific Alliance. Post-deal Hill Path would own about 34.5% of SeaWorld's shares, and SeaWorld as part of the deal has agreed to appoint up to three Hill Path designees to its board of directors. 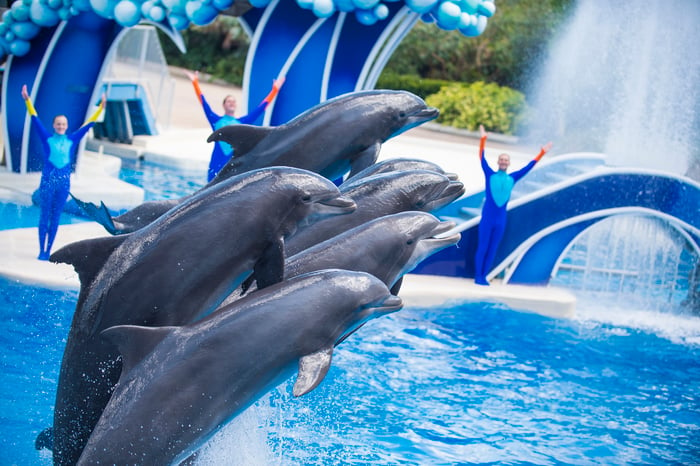 The shares Pacific Alliance held were pledged as collateral on a loan taken out by an affiliate of Zhonghong, SeaWorld's largest shareholder.

The transaction continues a strong run for SeaWorld, which is now up more than 44% year to date. The company reported better-than-expected first-quarter results, giving investors an indication that its ongoing turnaround plan is having the desired effect.

SeaWorld chairman Yoshikazu Maruyama in a statement said the buyback "underscores management and the board's belief in the company and its prospects and that SeaWorld is a highly attractive investment opportunity."

CEO Gus Antorcha on SeaWorld's post-earnings call with investors pointed out that he still sees opportunities to cut costs and improve margins, saying, "We believe we'll deliver attendance, revenue in adjusted EBITDA growth that will result in a meaningful increased shareholder value."

If so, SeaWorld is still set up nicely to make a splash with investors.