Please ensure Javascript is enabled for purposes of website accessibility
Log In Help Join The Motley Fool
Free Article Join Over 1 Million Premium Members And Get More In-Depth Stock Guidance and Research
By Asit Sharma – May 29, 2019 at 4:54PM

A trio of measures provides at least partial justification for Autodesk's market valuation.

Because Autodesk (ADSK -1.40%) has a long track record of delivering brisk revenue and earnings growth, its shares seem to trade at a perennially healthy premium to the broader market. Even after a haircut of 8% following the release of fiscal first-quarter 2020 earnings last week, stock in the provider of design software to multiple industries is still priced at 33 times forward one-year earnings.

Of course, consistent expansion does much to create a positive market valuation. Below, let's look at three exemplary metrics from Autodesk's first quarter that provide insight into its current financial prospects.

Autodesk's direct revenue rose 36% year over year and represented 30% of first-quarter sales. As you can infer, the company's primary revenue channel is indirect sales. The indirect channel has a two-tiered structure: Autodesk sells its products to distributors, who in turn sell to authorized Autodesk resellers. Last year, indirect sales made up 71% of total company revenue.

Autodesk is intent on moving its largest accounts to direct-only business. The company has created a customer-engagement team to help ensure the satisfaction of enterprise customers, while also offering additional solutions. In effect, this group doubles as a sales team. But the company is also aiming to expand its direct channel over time through its Autodesk-branded online store. During the first quarter, sales in the Autodesk store expanded by 45% year over year.

Higher direct revenue will only help increase the company's profits. Since purposefully diminishing customer maintenance contracts in recent years in favor of product subscriptions, the organization's gross profitability has improved dramatically: In the current quarter, gross margin improved by 1 percentage point, to roughly 89%. Additional direct sales will push gross margin even higher and help Autodesk overcome its relatively high marketing and sales expense, which is the company's biggest expense line item and a typical culprit behind slight but frequent quarterly net losses.

Annualized recurring revenue, or ARR, is one of the most closely watched metrics among Autodesk investors. This metric tracks the health of the company's business model, which was tweaked four years ago to favor recurring and predictable subscription revenue.

In the last three months, ARR increased by 33%, to $2.83 billion, against the first quarter of fiscal 2019 and rose 3% sequentially against the fourth quarter. While this is laudable, Autodesk's recurring revenue for cloud-based products is outpacing total ARR considerably. Cloud ARR jumped by 164% year over year, to $181 million in the first quarter. After removing the effects of recent acquisitions, cloud ARR increased by a still-torrid 43%, to $98 million.

Cloud ARR growth is propelled by BIM 360, the company's flagship construction software. As I discussed earlier this year, Autodesk believes it has a runway of several years to increase the current rapid uptake of this product. During the company's first-quarter earnings conference call, CEO Andrew Anagnost observed that privately held co-working giant WeWork is one of BIM 360 Design's largest customers. WeWork recently expanded its 360 subscription and provides a fair example of the type of customer that Autodesk believes it can scale its cloud ARR alongside. 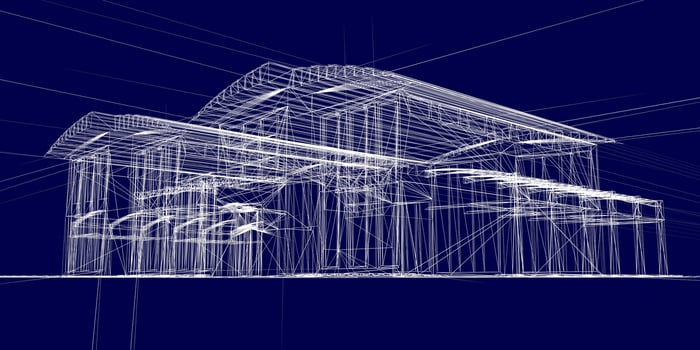 Revenue retention (also known as dollar-based retention) measures the renewal and growth of services within a customer base, irrespective of the retention of actual customers. Autodesk has recently begun sharing its "net revenue retention rate" with investors.

As defined by Autodesk's management, net revenue retention tracks the year-over-year change in ARR for base customers (the population of customers that existed one year ago). Autodesk calculates this metric by dividing ARR from base customers in a given period by ARR from the comparable year-ago period.

In short, Autodesk is aligning customer-engagement team incentives with crucially important company goals. After all, it's much easier -- and usually cheaper -- to sell to a satisfied customer than it is to reel in a new prospect. Thus, an investment in customer engagement to maintain net revenue retention at a formidable level seems a wise use of Autodesk's marketing and sales resources.