Just as shareholders likely thought that it was time to call in an arborist to treat an ailing branch of Dollar Tree (NASDAQ:DLTR), the Family Dollar segment flashed signals of a resurgence in the first three months of the new fiscal year, as revealed by quarterly results released Thursday before the markets opened. Let's dive into the quarter's details below to understand the progress Dollar Tree is making in reversing the fortunes of the Family Dollar banner. Please note that all comparative numbers that follow refer to the prior-year quarter.

What happened with Dollar Tree this quarter? 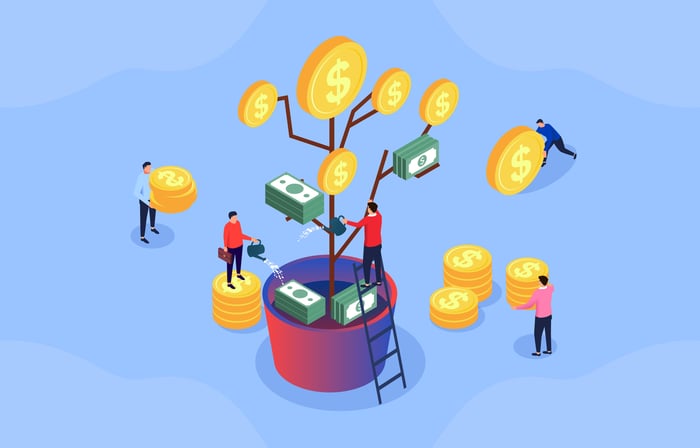 Dollar Tree continues to be a destination for customers looking for great values and convenience, as demonstrated by our 45th consecutive quarter of delivering an increase in same-store sales. And, we are excited to kick off the initial introduction of Dollar Tree Plus! multi-price point products into select test stores. These products are designed to provide our shoppers with More Choices, More Sizes, and More Savings. We are in the process of expanding this test to more than 100 Dollar Tree stores. Importantly, our Family Dollar turnaround is gaining traction. Our efforts to accelerate initiatives to optimize the real estate portfolio are making a difference as demonstrated by our improving same-store sales results. As previously communicated, these efforts will increase costs in the first half of fiscal 2019, and will then contribute to the opportunity for operating margin expansion as we work through the back half of this year.

Dollar Tree revised full-year guidance slightly alongside earnings. The company tightened its fiscal 2019 revenue expectation to a range of $23.51 billion to $23.83 billion, against a previous band of $23.45 billion to $23.87 billion. Diluted EPS is now expected to land between $4.77 and $5.07. This range is a step down from earlier guidance of $4.85 to $5.25, but it includes store closure costs and higher anticipated freight costs as a result of recent rate negotiations with shippers.

For the second quarter, Dollar Tree is aiming for revenue of $5.66 billion to $5.76 billion, based on a probable low-single-digit comps increase. Diluted EPS are slated to fall between $0.64 and $0.73, which will represent a significant decline against the $1.15 EPS booked in the second quarter of fiscal 2018. However, the second quarter will contain a number of discrete one-time costs, including the Family Dollar store closures discussed above. Thus, Dollar Tree will sacrifice some profit next quarter as an investment in a more profitable future.