Please ensure Javascript is enabled for purposes of website accessibility
Log In Help Join The Motley Fool
Free Article Join Over 1 Million Premium Members And Get More In-Depth Stock Guidance and Research
By Asit Sharma - May 30, 2019 at 5:30PM

The market drastically recalibrated its narrative on Canada Goose in a single trading session.

Canada Goose Holdings (GOOS 8.81%) shares plunged 31% on Wednesday after the company revealed fiscal fourth-quarter 2019 earnings. Investors were unprepared for relatively tepid long-term revenue guidance, and though shares had clawed back roughly five percentage points by midday on Thursday, it's clear that the market has decisively revalued shares for the time being.

Below, we'll walk through highlights of the fourth quarter and fiscal year, and review the financial outlook which stunned shareholders yesterday. 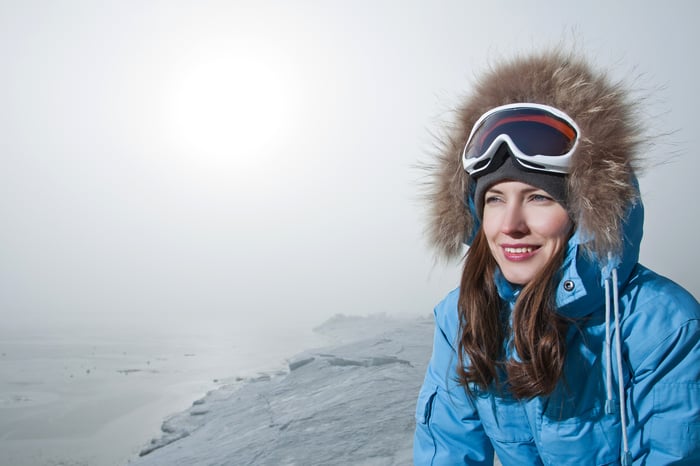 The near-term and long-term outlook

Canada Goose issued both a fiscal 2020 outlook and a three-year outlook alongside earnings. As far as revenue and earnings per share are concerned, structurally, the guidance is the same. For both the new fiscal year and the three-year period which ends in 2022, Canada Goose expects revenue to expand at an average annual rate of 20%, and it anticipates that adjusted diluted earnings per share will grow at an average annual rate of 25%.

For most consumer-goods companies, such growth targets would have sent shares rising upon yesterday's earnings release. However, Canada Goose has been priced more like a tech stock since its initial public offering in March 2017; it sported an EV-to-EBITDA ratio of 33.0 as recently as this week. That ratio now sits at a still-high but more reasonable 22.9.

Essentially, Canada Goose has cut its projected forward growth rate in half. And while it still sells a premium product with global cachet, the company has implicitly acknowledged that its path forward will follow a less fiery trajectory. The organization might exceed its financial benchmarks over the next three years if its expansion into China and other Asian markets accelerates beyond current projections. Canada Goose might also dive into related clothing markets, as its November 2018 acquisition of footwear manufacturer Baffin suggests.

In any growth scenario, however, investors are likely to begin to focus on earnings execution as much as top-line momentum. Canada Goose suddenly looks like a much more mature company, and it's difficult to envision that the days of unbridled revenue growth will return anytime soon.

Why Canada Goose Stock Plunged 21% at the Open Today

Why Canada Goose Holdings Stock Was Down on Wednesday