Green Growth Brands (OTC:GGBXF) hasn't had a great year so far. Its stock is down 12% year to date. The U.S.-based company also failed in its attempt to acquire Canadian cannabis producer Aphria (NASDAQ:APHA) earlier this year.

But Green Growth Brands had an opportunity to provide investors with some good news for a change with its first-quarter update after the market closed on Wednesday. Here are the highlights from the company's Q1 update. 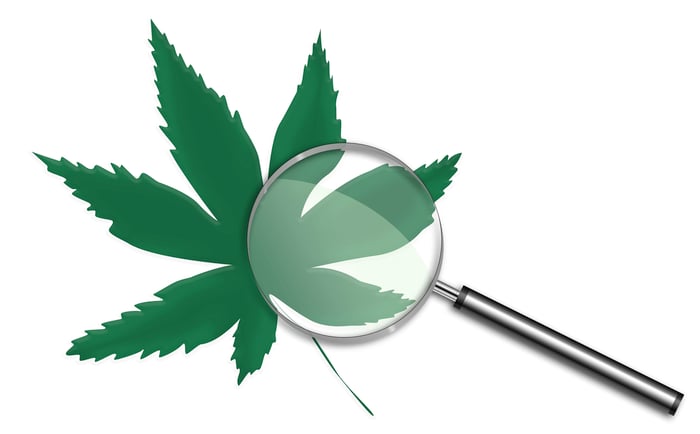 Green Growth Brands (GGB) reported first-quarter revenue of $5.5 million. That was an increase of 77% from the company's revenue in the previous quarter of $3.14 million.

GGB reported cash, cash equivalents, and short-term investments for the period ending March 31, 2019, of $33.6 million. This total was higher than the company's cash stockpile in the prior quarter of $31.5 million.

GGB's direct-to-consumer cannabis business generates most of its revenue, with Q1 sales of $4.4 million. Wholesale cannabis revenue in the quarter totaled $688,590. In addition, the company made $462,117 from sales of CBD products in Q1.

The company isn't anywhere close to profitability yet. GGB's total operating expenses in Q1 topped $17 million. Roughly half of that amount was spent on general and administrative functions. The company also incurred substantial legal and professional fees of nearly $6.2 million.

Other key developments for GGB during the first quarter included:

Investors can probably expect aggressive expansion efforts by Green Growth Brands in the future. The company will likely move ahead quickly with launches of new CBD retail stores throughout the U.S.

GGB will also almost certainly closely watch the progress of the U.S. Food and Drug Administration (FDA) in establishing regulations for CBD products. The FDA is set to hold a public hearing as an initial step in defining those regulations on May 31. While it will take a while for the regs to be finalized, Green Growth Brands could benefit over the long run from clarity regarding the legal status of CBD products.