Please ensure Javascript is enabled for purposes of website accessibility
Log In Help Join The Motley Fool
Free Article Join Over 1 Million Premium Members And Get More In-Depth Stock Guidance and Research
By Dan Caplinger - May 30, 2019 at 11:59AM

Stocks were mixed to start Thursday.

The stock market initially opened higher Thursday morning, bouncing back from losses the previous day as investors tried to look at favorable U.S. economic data as a sign that troubles elsewhere won't have a huge influence on domestic business activity. Yet most of those gains faded away as the morning went on, and investors still seem uncertain about the resiliency of the market. As of 11:40 a.m. EDT, the Dow Jones Industrial Average (^DJI 0.03%) was up just 20 points to 25,146. The S&P 500 (^GSPC 0.01%) picked up 5 points to 2,788, and the Nasdaq Composite (^IXIC -0.30%) gained 21 points to 7,568.

The consumer sector makes up a huge portion of the overall U.S. economy, and consumer-facing companies have worked hard to adapt to changing customer preferences. For Dollar Tree (DLTR -5.67%), the appeal of serving shoppers of modest means with profitable goods has run into the desire of investors to see greater profits on pricier goods. Meanwhile, National Beverage (FIZZ 0.89%) has seen its stock drop substantially from its recent highs, and some are pointing to a potential reversal of fortune for the company's LaCroix line of carbonated water as a possible cause.

Going the way of the five-and-dime

Shares of Dollar Tree were up nearly 5% on Thursday as investors digested the dollar-store retailer's latest quarterly results. Fiscal first-quarter sales climbed 4.6% on a rise of 2.2% in same-store sales metrics, but adjusted net income was down slightly compared to the year-earlier quarter. Nevertheless, the results were encouraging compared to what most investors had expected from the discount retailer. 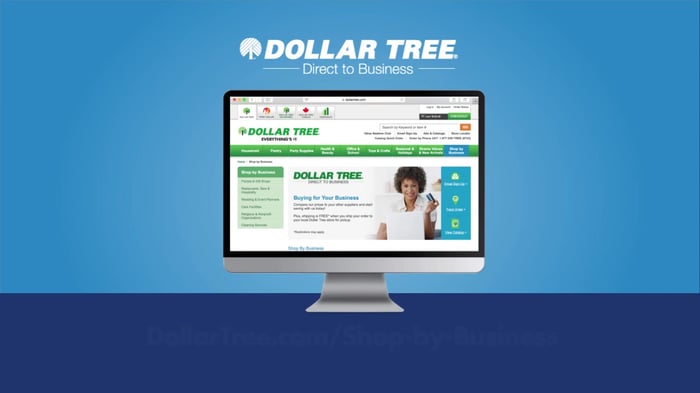 Some investors were concerned about Dollar Tree's views on the rest of the year, with the retailer cutting its outlook due to store closings, freight costs, and tariff-related impacts. Although the company tried to incorporate the effects of tariffs that are already in place, it noted that there's a risk of still more measures that could hurt its results further.

Yet what seemed to make investors happy despite that nervous outlook was Dollar Tree's test of selling items that cost more than $1. Dubbed Dollar Tree Plus!, the program will get rolled out to more than 100 Dollar Tree stores.

For shoppers, the impact could be mixed. There's value to fixed pricing that's affordable, but being open to other price points allows for a wider variety of goods for sale. Other dollar-store retailers have made similar moves, so it makes sense that Dollar Tree is following suit. It'll be interesting to see how shoppers react to the changes as the tests proceed.

National Beverage's stock fell 4%, adding to losses that have sliced share prices by more than half since last September. The maker of LaCroix carbonated water and a host of other beverages had seen its stock soar in recent years as consumers moved away from sugary soft drinks toward healthier choices, and National Beverage positioned itself well to take advantage of those shifts.

Yet the biggest problem that National Beverage faces in the sparkling water category is the lack of a competitive moat. Analysts at Guggenheim highlighted that fact, cutting their price target on National Beverage by $9 to $36 per share and lowering their rating on the stock to sell. Recently, major soft drink producers Coca-Cola and PepsiCo have moved aggressively to offer their own alternatives to LaCroix.

Interestingly, Guggenheim was less critical of the LaCroix brand's value than it was about National Beverage's handling of its own success. CEO Nick Caporella hasn't won over everyone on Wall Street with the way that he's communicated with investors, and some believe that his aggressive style hasn't always served the company's long-term interests.

That potentially opens the door to an acquirer who'd want to maximize the value of LaCroix's customer loyalty while more efficiently managing the business. Until that surfaces, though, National Beverage might have trouble getting the pop back in its stock.