Please ensure Javascript is enabled for purposes of website accessibility
Log In Help Join The Motley Fool
Free Article Join Over 1 Million Premium Members And Get More In-Depth Stock Guidance and Research
By Luis Sanchez CFA – May 4, 2019 at 10:33AM

The maker of LaCroix is blaming a lawsuit for hurting its financial results, but does that excuse check out?

National Beverage Corp. (FIZZ -1.38%) has been one of the best-performing stocks of the past 10 years -- at least until recently. The stock is down over 50% from its 52-week high and recently blamed "injustice" for hurting its financial results. The company is referring to a lawsuit alleging that its sparkling water brand, LaCroix, uses artificial additives despite being advertised as "all-natural." Is the company right to blame its weak performance on the lawsuit, or is the lawsuit a scapegoat for more fundamental issues with its sparkling water business? 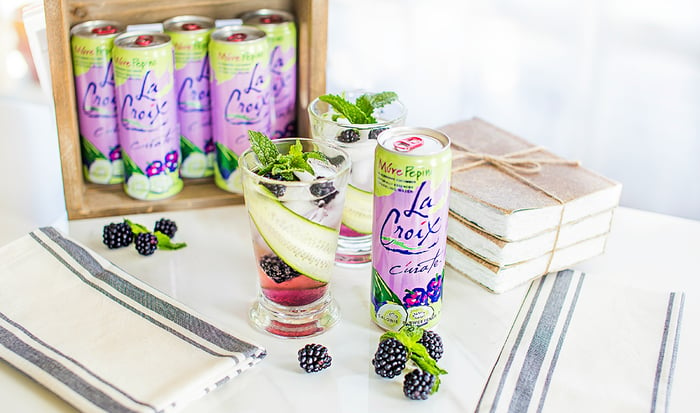 "We are truly sorry for these results stated above. Negligence nor mismanagement nor woeful acts of God were not the reasons – much of this was the result of injustice! Managing a brand is not so different from caring for someone who becomes handicapped. Brands do not see or hear, so they are at the mercy of their owners or care providers who must preserve the dignity and special character that the brand exemplifies. It is important that LaCroix's true character is not devalued intentionally -- in any way. National Beverage Corp. is and will remain the preeminent innovator that adds zest and authenticity to the 'sparkling water' phenomenon in North America."

The "injustice" refers to a lawsuit filed against the company in October 2018 by a LaCroix customer who thought she was drinking an "all-natural" drink. The lawsuit alleges that LaCroix contains synthetic additives including ethyl butanoate, limonene, linalool, and linalool propionate. Linalool is an oil sometimes used in cockroach insecticide.

Part of the argument may be what is and what is not considered a natural ingredient. For example, the chemical limonene -- which the lawsuit cites -- is a naturally occurring chemical commonly used to provide a lemon flavor, according to Popular Science in an article criticizing the lawsuit.

Based on the arguments presented by media outlets and results from the lab study, it appears that National Beverage has a solid defense in the lawsuit. However, the bigger question is whether the lawsuit really matters at all. 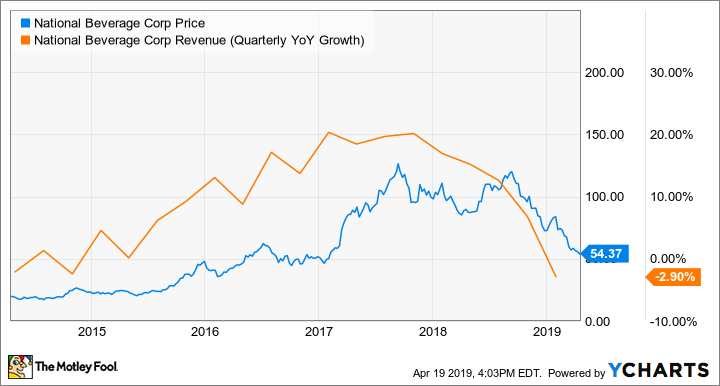 As is commonly the case in the consumer products world, LaCroix appears to be a victim of its own success. LaCroix became insanely popular and successful, reporting blowout sales growth figures for a number of years. However, its success was met with increased competition, which has negatively impacted the company's ability to continue growing. 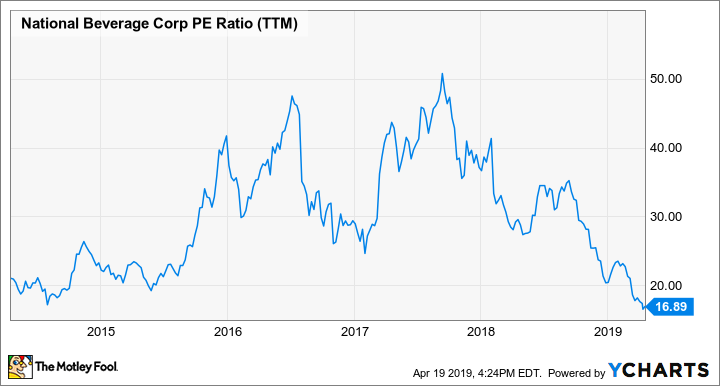 Since revenue growth began to stall out in mid-2017, investors have become less willing to pay an exorbitantly high valuation multiple for FIZZ. In fact, the company's price to earnings ratio has declined from over 50 to approximately 17 today. At the current valuation, the company's stock price is less expensive, but if revenue continues to decline, investors will probably continue bidding down the stock price.

A good case study for investors

The recent rise and fall of National Beverage's stock is a good investing case study for a several reasons. First, the primary driver of the stock price has clearly been the company's revenue growth trends, not a lawsuit as claimed by the management team (although the lawsuit could have impacted revenue trends on the margin). Second, National Beverage's success in pioneering a vibrant new beverage category led to other players taking notice and fiercely competing. Finally, be careful of buying a stock trading at a high valuation like FIZZ did in 2017. Even though revenue growth was fairly robust in late 2017 and early 2018, the stock declined because investors expected a lot more.