If you're looking to level up, these stocks could be just what you need.

Every investor knows that if you want to find stocks with big growth ahead, you have to start small. Small-cap stocks, generally defined as companies valued at between $300 million and $2 billion, often have the greatest potential to deliver monster returns. These companies are big enough to have proven their legitimacy, but also still small enough that they could grow by ten times or more.

We asked a panel of Motley Fool contributors for suggestions on how to take advantage of these appealing growth opportunities. Here's why Guardant Health (GH -4.70%), CannTrust Holdings (CNTTQ), and Redfin (RDFN -9.58%) all fit the bill. 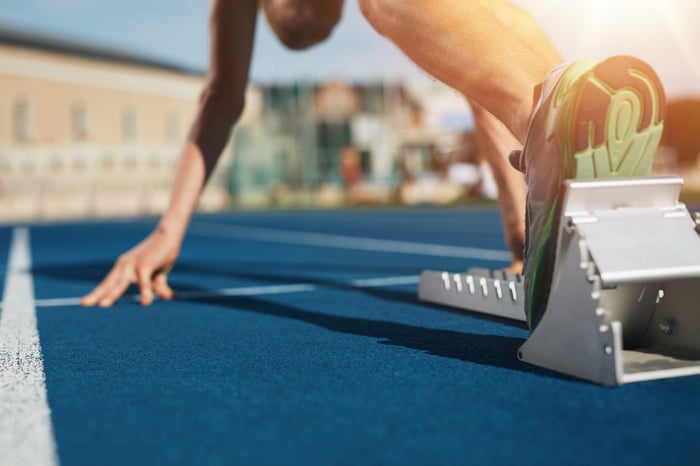 Todd Campbell (Guardant Health): If you have advanced cancer, your doctor's likely to order a tissue biopsy so labs can determine if there are genetic markers that can improve your treatment. Traditional biopsies are invasive and costly, though, and in advanced cases they may not provide enough material to completely analyze your cancer for every possible genetic marker.

Solving this problem is critical to improving outcomes for millions of cancer patients, and it represents a massive opportunity for Guardant Health. Founded by ex-Illumina execs, Guardant Health markets tests that can provide more genetic insight than traditional biopsies via a simple blood sample, or "liquid biopsy."

Guardant Health believes that displacing traditional biopsies with liquid biopsies in metastatic cancer could be worth $2 billion annually, but an even bigger market exists for detecting cancer in its earliest stages, when it's easiest to treat.The market for evaluating cancer recurrence could be worth $15 billion per year, and screening patients for cancer represents an $18 billion-per-year opportunity.

If the company's analysis is anywhere close to correct, then the rewards could be big for shareholders. Relatively limited use of its liquid biopsies in advanced cancer and drug development translated into sales of $37 million in Q1, up 120% year over year. Given its current sales growth and the billions of dollars that are associated with possible new markets, Guardant Health certainly has "big-cap" potential.

A budding stock that could aim for large-cap status

Sean Williams (CannTrust Holdings): It's not easy for a company to grow from sub-$2 billion to over $10 billion in market value, but if there's a fast-paced company that could put the puzzle pieces together and make everything click, it's marijuana stock CannTrust Holdings.

CannTrust has struggled a bit of late, as the result of higher expenses tied to capacity expansion projects, a six-month delay in permitting for its flagship Niagara facility, and a return to losses after being consistently profitable (with the aid of fair-value adjustments) for a number of quarters. But none of these headwinds is of particular concern over the long run.

With permitting of its phase 3 expansion of Niagara in place, the fully completed Niagara campus will span 840,000 square feet by mid-2020 and, in combination with the 60,000-square-foot Vaughan facility, yield 100,000 kilos of annual cannabis production. Both campuses are utilizing hydroponic growing methods, which involves growing cannabis plants in a nutrient-rich water solvent as opposed to soil. If a grower has access to cheap sources of water and electricity, as CannTrust does, it should have very low production costs. These low inputs, along with moving containerized benches at Niagara, should lead to steady production and below-average costs.

Beyond its indoor facilities, CannTrust also recently announced its intent to purchase up to 200 acres of land that'll house outdoor-grown cannabis. Most of this outdoor grow, which will add another 100,000 kilos to 200,000 kilos of production on an annual run rate by the midpoint of next year, will be used for extraction purposes. The extracts will prove crucial in helping CannTrust diversify its product portfolio to include edibles, topicals, and perhaps even infused beverages. Since derivatives are a much higher-margin product than dried cannabis flower, this recently announced expansion could prove especially exciting over the long run.

In terms of peak production, there's just about no cannabis grower cheaper than CannTrust, which makes it an intriguing bet to one day become a large-cap stock, if it can work through its near-term hurdles.

Jeremy Bowman (Redfin): If you want a stock that could give you multi-bagging returns, you have to look for companies with disruptive potential. Redfin, an online real estate marketplace and brokerage, presents such an opportunity.

The U.S. housing market is massive, representing $31.8 trillion in value as of 2017, and real estate sales are big business. Traditionally, the largely agent-driven industry has been resistant to change, but Redfin is disrupting it by using technology to provide faster, better, and cheaper services. The company charges commissions that are often less than half of traditional brokerages, and it touts its customer-first approach, resulting in a Net Promoter Score that's 49% higher than those of its competitors.

Redfin's recent results show the company steadily gaining share in the real estate market. In its most recent quarter, revenue jumped 38% to $110 million, and its market share improved from 0.73% to 0.83%. The stock actually sold off on that report due to guidance for a bigger-than-expected loss in the second quarter, but top-line growth continues to impress.

Redfin has also expanded its platform with programs like RedfinNow, which buys homes directly from sellers for a 7% fee so they don't have to deal with the hassle of selling, and the recently launched Redfin Direct, which allows buyers to make offers without agents, helping the sellers to save on costs.

Redfin stock has struggled to break out since its 2017 initial public offering, as investors have been wary of the cooling housing market. But over the long term, the company has the potential to grow from its current valuation of $1.5 billion to $10 billion or more.

Dogecoin Isn't Going to the Moon -- but These Stocks Are
366%