You probably couldn't pick two stocks that have had a worse run of luck in May than Micron Technology (NASDAQ:MU) and Qualcomm (NASDAQ:QCOM). Both are leading U.S. tech companies that produce some of the most essential components of modern-day tech applications. Micron is one of three major manufacturers of DRAM memory and one of six manufacturers of NAND flash. Meanwhile, Qualcomm is the undisputed leader in mobile phone modems, for which it holds many industry-essential patents, giving it a formidable moat.

However, after initially surging through the first four months of the year, both stocks have plummeted due to recent events. Micron was hurt by renewed trade tensions with China and a recent ban on its sales to Huawei. Qualcomm was also affected by these same events, in addition to being on the receiving end of a negative court ruling that could potentially weaken its patent licensing moat over the long term. 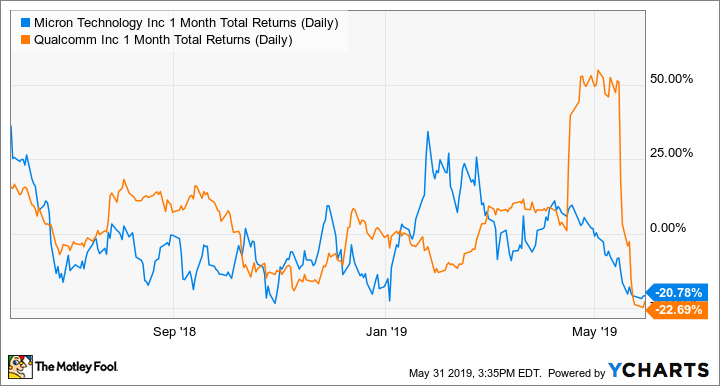 Negative news items aside, both companies still have world-leading technological capabilities, and both are now trading at bargain-basement valuations. For those contrarians aiming to take a longer-term look, which is the better buy today? 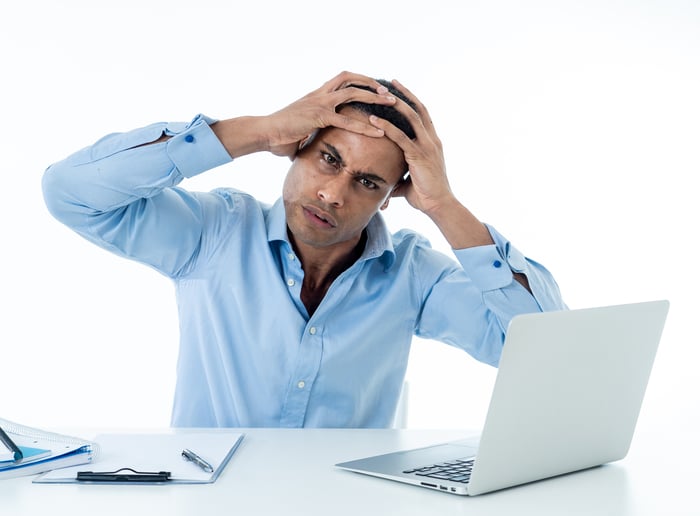 Trouble ahead, trouble behind

During semiconductor downturns, Micron typically feels the pain much more so than Qualcomm. That's because Micron sells "building block" components of computing power, DRAM memory and NAND flash storage. Prices for DRAM and NAND can fluctuate wildly depending on worldwide supply and demand, which means Micron's revenue and profit fluctuate wildly, too.

Qualcomm is also feeling the heat from a soft cell phone market, where its leading LTE chip dominates the industry. However, Qualcomm has traditionally been relatively insulated from large revenue swings due to its ability to charge high chip prices as well as licensing fees, which keeps its average selling prices relatively steady (and high), no matter how bad the phone downturn gets.

However, that may be about to change.

On May 22, Federal Judge Lucy Koh ruled against Qualcomm in a case brought forward by the Federal Trade Commission all the way back in January of 2017. Koh's ruling asserted that Qualcomm engages in anti-competitive behavior and ordered it to change its practices.

The most important of these allegations is that Qualcomm uses its monopoly on phone patents to force phone-makers to license Qualcomm's industry-essential LTE patents based on the price of an entire device. If implemented, the ruling could force Qualcomm to license its patents to competitor modem-makers. That means Qualcomm may not only receive lower licensing fees based on the price of modems (and not whole devices), but also open itself up to more competition.

It's unclear what kind of impact the ruling will ultimately have, as Qualcomm has many existing agreements in place, and it's also seeking a stay on Koh's ruling while it appeals the decision. However, if Qualcomm were subject to the entire order, the impact could be meaningful. Though Qualcomm garners a minority 23% of revenue from licensing, the licensing segment also produces a whopping 62% of the company's operating income. 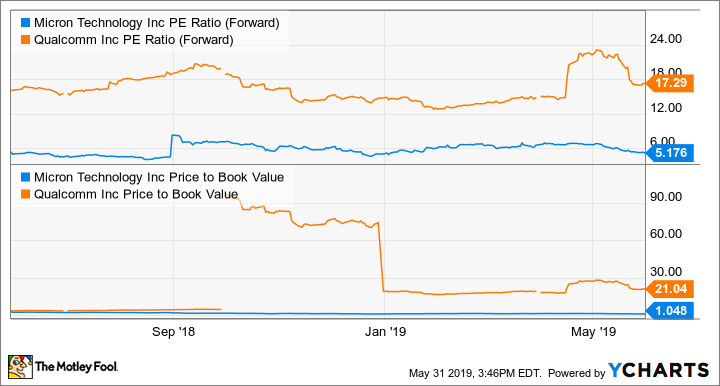 Based on Qualcomm's asset-light model and patent portfolio, it has traditionally deserved a higher multiple; however, in light of Judge Koh's ruling, the perception of greater "safety" in Qualcomm could erode going forward. Meanwhile, while we are at a trough in the memory cycle, cycles tend to reverse course given enough time. The current price-to-book ratio is also near Micron's historical lows: 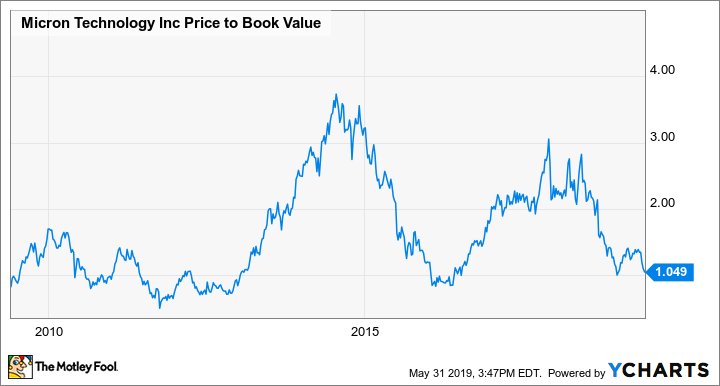 In addition, Micron's balance sheet and financial position is better than it has ever been in its history, which means the company should be able to weather the downturn -- even if it lasts longer than some think.

Thus, even though Micron is perceived as being among the riskiest chipmakers, and Qualcomm one of the safest, Micron's low valuation and Judge Koh's ruling actually tip the scale toward the memory maker for me. Believe it or not, I think Micron's the better buy today.