With the markets moving lower for the sixth week in a row, it's easy to imagine that there are a lot of companies taking it on the chin. More than 700 exchange-listed stocks hit fresh 52-week lows last week, including a few names that may surprise you.

Sirius XM Holdings (NASDAQ:SIRI), FireEye (NASDAQ:FEYE), and Camping World (NYSE:CWH) are some of the names hitting low-water marks. Let's take a look at why these three former market darlings have fallen out of favor with investors. 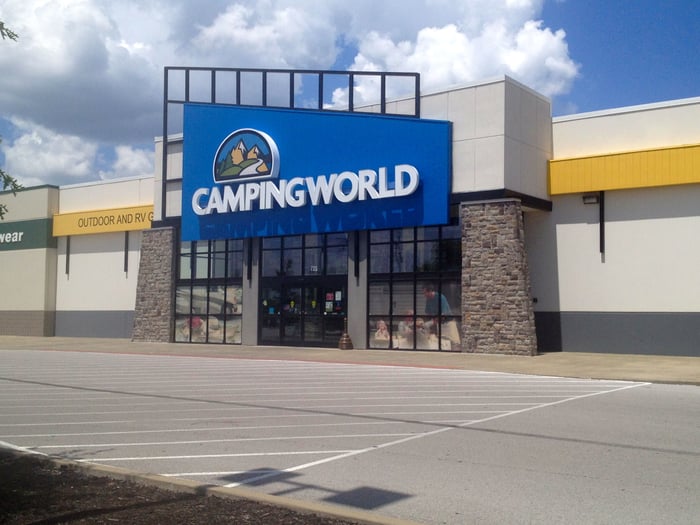 The satellite-radio monopoly should be thriving these days. The number of cars with satellite radio receivers on the open road grows with every passing quarter and the same can be said about Sirius XM subscriber base. Sirius XM closed out the first quarter with a record 34.2 million total subscribers, and the recent acquisition of Pandora gives it a major player in the faster growing streaming market.

The stock still hit its lowest level since early 2018 last week. With new auto sales slowing, Pandora dragging down profitability in the near term, and subscriber gains decelerating there are some fundamental concerns. The bullish counter to that argument is that Sirius XM is now trading at just 20 times next year's projected earnings, and it's just starting to scratch the surface of what the combination of Sirius XM and Pandora will make possible. Sirius XM has delivered positive investor returns for 10 consecutive years, and it's going to have to start moving in the right direction if it wants to extend that streak in 2019.

Cybersecurity remains a top priority for companies, but that's not providing a lot of comfort for FireEye shareholders. Growth is slowing for the fifth consecutive year, and investors aren't finding FireEye's single-digit percentage upticks very appetizing these days.

Revenue rose 6% for FireEye's latest quarter, just above the midpoint of its earliest guidance. A recent acquisition should pad those top-line gains through the next four quarters, but growth investors are turning their attention to cybersecurity specialists growing faster organically.

Things aren't getting any prettier for Camping World. The country's leading retailer of recreational vehicles and accessories is suffering alongside consumer demand for RVs. Comps plunged a brutal 11% in its latest quarter, and only the chain's brisk expansion efforts was able to save it from a year-over-year decline in revenue.

With margins contracting and the chain struggling to make its Gander Mountain acquisition work Camping World has been a disaster on the bottom line. It has come up short against Wall Street's profit targets every quarter over the past year, and that is one quick way to turn off investors.