Google controls a bigger slice of the market, but the iPhone maker rakes in more profits.

Google's Android powers 86% of smartphones worldwide, according to IDC, while Apple's (AAPL 3.08%) iOS controls the remaining 14%. Therefore, it wasn't surprising when Sensor Tower reported that the Alphabet (GOOG 3.28%) (GOOGL 3.13%) subsidiary's Google Play store logged 20.7 billion downloads in the first quarter of 2019, versus 7.4 billion downloads for Apple's App Store. But there's a twist: The App Store generated significantly more revenue than Google Play, despite having fewer users. 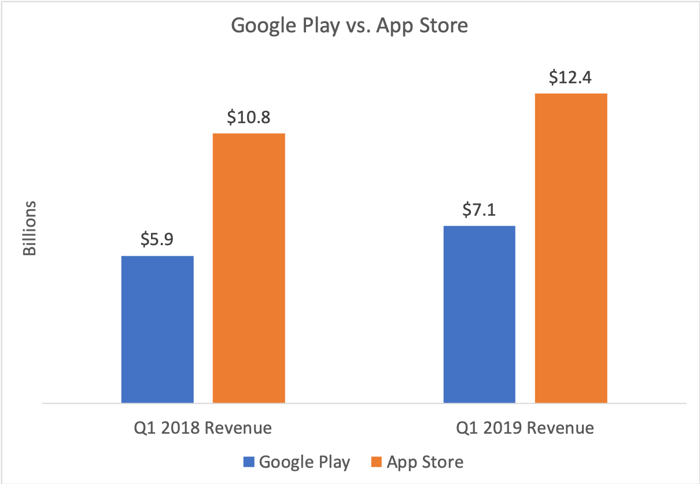 Google and Apple both retain a 15%-30% cut of their app store sales. Since Apple's platform offers easier monetization than Google's, developers may prefer to launch their apps on iOS before Android -- which would give Apple an edge against Google.