Tech stocks generally underperformed their peers on a rough day on Wall Street.

Wall Street didn't have a great start to the week on Monday, although major stock indexes finished mixed. Trade-related rhetoric from China cast a negative light on the U.S., criticizing the American negotiating position as being responsible for the most recent deterioration in relations between the two countries. Yet even beyond trade, other worries played a role in weakening investor sentiment, especially among some of the biggest names in the stock market. Facebook (META 2.99%), Alphabet (GOOG 4.42%) (GOOGL 4.61%), and Centene (CNC -0.04%) were some of the worst performers. Here's why they did so poorly.

Shares of Facebook fell 7.5% after the social media giant reportedly came into the crosshairs of federal regulators examining potential antitrust violations. The Federal Trade Commission will be able to take a look at how Facebook works and what impact its operations have on competition in the digital arena, according to reports from The Wall Street Journal. 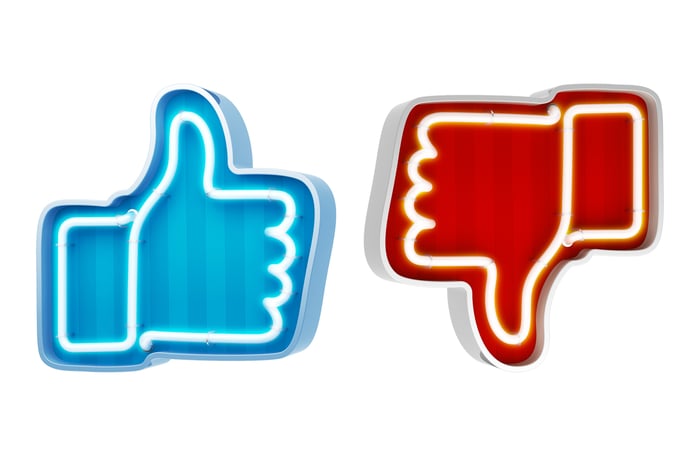 Meanwhile, shares of Alphabet lost 6% amid its own fears of antitrust investigations and regulation. In Alphabet's case, it'll be the U.S. Department of Justice that might take a closer look to see whether the company's Google search engine subsidiary violated laws designed to encourage and protect competitive practices in the industry.

Investors in both Facebook and Alphabet worry that given the recent ramping-up in political pressure both in Washington and abroad, a more punitive set of options might well be on the table. While in the past, fines might have been the worst conceivable outcome for the two tech giants, some fear that calls to break up Facebook, Alphabet, and other tech companies into smaller pieces could gain momentum -- and that sent both their stocks lower.

Finally, shares of Centene dropped 10%. The health insurance company found itself on the receiving end of an unusual comment from one of its rivals, as Humana chose explicitly to say that it would not be interested in making a takeover bid for Centene. Consolidation in the health insurance industry has picked up lately, with Centene itself having recently made a bid to combine with WellCare Health Plans. Although companies often choose not to comment on takeover rumors, it's far less common for them to come out and dispel speculation directly, but here, it's possible that Humana didn't want to muddy the waters given the pending WellCare transaction.