EnWave counts Aurora, Tilray, and other cannabis growers among its partners and/or customers.

Stocks wilted in May. The S&P 500 plunged 6.4%, including dividends, which is a huge monthly drop that equates to an annualized loss of nearly 77%.

Last month was the market's first down month in 2019, and the worst May for stocks since 2010.

High-flying stocks were generally the hardest hit, particularly those in the cannabis space. Amid the carnage in the sector, however, there was a little-known gainer: EnWave (ENW 1.39%) (NWVCF 0.54%). Along with making all-natural dried cheese snacks, the Canada-based company licenses, manufactures, and installs equipment for dehydrating organic materials, including marijuana and hemp. 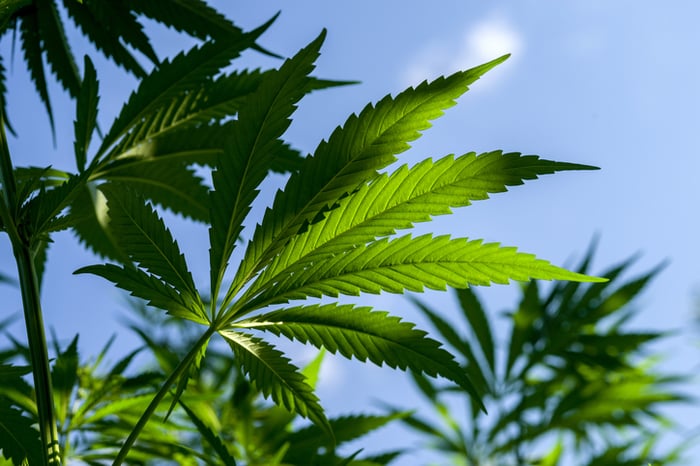 EnWave stock gains in May as cannabis stocks crater

Cannabis stocks were largely dragged down by the poor overall market. When the market declines, stocks that are speculative and highly valued -- and cannabis stocks are the poster children for these adjectives -- tend to suffer the most. During such times, many investors ditch riskier stocks and buy shares of stable companies that pay dividends, such as leading water utility American Water, which returned 5% in May.

The main catalyst for May's market sell-off was escalating global trade tensions. Along with moving closer to a trade war with China, the U.S. could now be heading down that same path with Mexico. On May 31, President Trump threatened to impose a 5% tariff on Mexican imports until our neighbor to the south stems the flow of immigrants crossing its border to the United States. This news naturally rattled the financial markets, as Mexico is our biggest trading partner. So what was already a poor month for the market ended on a down note, with the S&P 500 falling 1.3%.

Even in declining markets, however, there will always be winners. Unlike American Water, EnWave is atypical of the stocks that bucked May's downtrend -- the company isn't profitable, nor does it pay a dividend. Nonetheless, thanks to investor enthusiasm about EnWave's increasing partner and customer wins in the cannabis realm, shares that trade over the counter (OTC) in the U.S. notched a 2.2% gain during the month, while those that trade on Canada's TSX Venture Exchange were in the green by 2.6%. Such modest gains usually wouldn't be worth mentioning, but they're notable when you consider they represent outperformances of 8.6% and 9%, respectively, relative to the S&P 500. 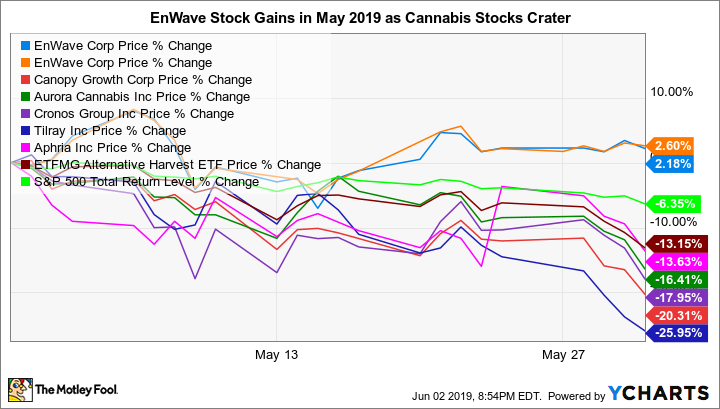 EnWave Canada licenses, manufactures, and installs equipment for dehydrating organic materials. Its target markets include the food, pharmaceutical, and cannabis industries. The machines use the company's REV technology, a vacuum-microwave dehydration tech that "enables uniform drying with flexible moisture content unattainable with freeze drying or air drying," according to EnWave. The company touts that REV is faster than other dehydration or drying technologies and shortens the drying time for cannabis from four to six days (air drying) to about an hour. Moreover, REV reportedly has decontamination capabilities. 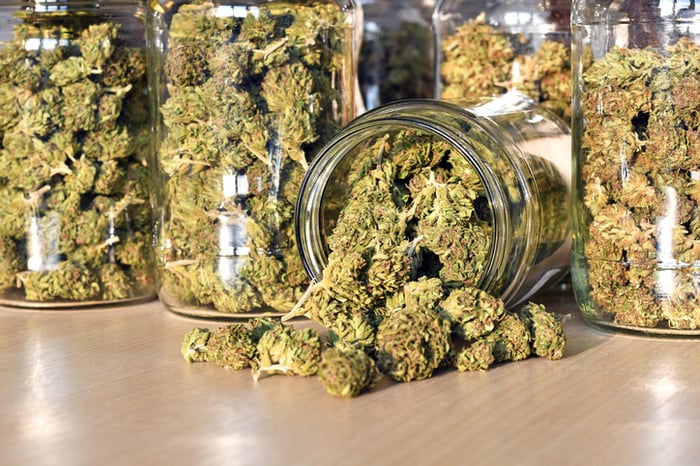 EnWave's cannabis partners, which are also customers, include two of the four largest Canadian cannabis growers -- Aurora Cannabis and Tilray. As I previously wrote:

Last week, EnWave reported its second-quarter results for fiscal 2019. Revenue soared 110% year over year to $8.77 million Canadian, and, as with the previous two quarters, earnings per share came in at breakeven. That EnWave is profitable on an operating basis and appears to be on the cusp of profitability on a net basis sets it apart from nearly all other cannabis players.

Unlike '80s band A-ha (remember "Take on Me"?), EnWave isn't a one-hit wonder, as the stock had been performing well before May. It's up about 75% (both OTC and on the TSX) in 2019 through June 3, leaving nearly all cannabis stocks high and dry (pun intended), with the exception of Innovative Industrial Properties, which has returned 86% over this period.

In short, if you're a risk-tolerant investor interested in the cannabis space, EnWave is worth putting on your watch list.

Why Aurora Cannabis, Hexo, and Aphria Stocks Are On Fire Today