And if you want to know why, ask Aphria (APHA). 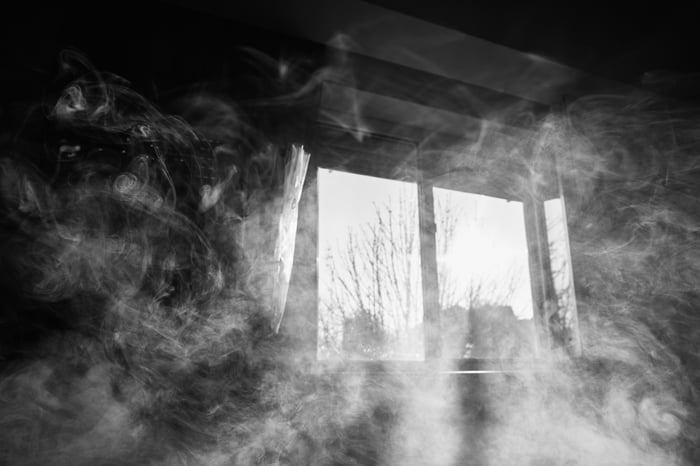 Yes, unfair as it may feel, the stock to blame for Canopy's, Aurora's, and Hexo's declines today is none of the above, but rather their cannabis-growing rival Aphria, which reported its fiscal Q3 2021 earnings results this morning.

Suffice it to say that the news was not good.

Sales at the Canadian cannabis company grew a respectable 6% to CA$153.6 million in Q3 2021, but that was well below the CA$166.2 million that analysts had predicted. Worse, Aphria reported a CA$1.14-per-share loss for the quarter, versus the tiny profit (calculated according to generally accepted accounting principles or GAAP) reported a year ago. In terms of U.S. dollars, Aphria lost $0.91 per share.

Aphria blamed "the duration and impact of lockdowns across many of the regions we operate in, particularly in Canada" for its disappointing results, but insisted that it "remains well-positioned with our leading brands and market share to experience a robust increase in our top-line as the market improves" and said it is still "excited about the strategic opportunities for incremental growth," particularly in the U.S. market.

Regardless, the fact that Aphria's gross profits on its sales declined by nearly half in the quarter suggests that demand for the product isn't necessarily Aphria's (or Canopy's or Aurora's or Hexo's) biggest problem going forward. Shrinking profit on growing sales speaks to declining pricing power in the industry as oversupply continues to weigh on profitability for medical marijuana and recreational marijuana alike.