Cantel Medical (CMD) reported mixed results when it announced its second-quarter results at the end of February. Revenue rose by 5.4% year over year but earnings fell.

The company announced its third-quarter results before the market opened on Tuesday. And there was both good and bad news for investors this time around, too. Here are the highlights of Cantel's Q3 update. 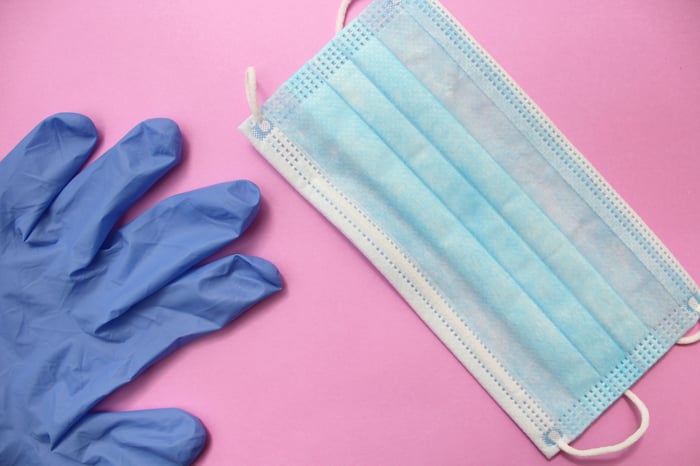 Cantel announced Q3 revenue of $228.6 million, up 5.2% from the $217.3 million reported in the same quarter of the previous year. The company's reported revenue was slightly higher than the average analyst revenue estimate of $228.12 million.

How did Cantel's bottom line look in the third quarter? Not so great. The company reported net income of $8.2 million, or $0.20 per share, on GAAP basis. This reflected a 56% year-over-year decline.

It's pretty easy to see why Cantel's revenue grew at a solid clip. Medical sales increased 10.4% year over year to $130.7 million. These gains came largely in the company's U.S. and Asia-Pacific markets. Dental sales growth was even more impressive, with sales jumping 18.5% year over year to $43.6 million. This increase, however, was driven primarily by Cantel's recent acquisition of Omnia.

Cantel's big drop in GAAP earnings was largely related to expenses related to leadership changes during the quarter. The company replaced its CEO during Q1 and made other key executive changes subsequent to the first quarter.

Cantel projects sales to increase by 5% for full-year 2019. The company thinks that adjusted earnings per share (EPS) will come in between $2.34 and $2.36 -- probably at the lower end of the range.

There are several key things for investors to watch in the coming months. A big one is Cantel's integration efforts with its recent acquisition of Omnia. The company also launched five new products that could help drive growth, including its BHT E series automated endoscope reprocessor (AER). However, new Cantel CEO George Fotiades acknowledged that the company is still facing continued softness in its hemodialysis water business. This could continue to be a significant headwind for Cantel in 2019.