Investors are still wrestling with the short-term implications of the 737 MAX grounding and how airlines will absorb that extra cost.

American Airlines stock initially rebounded on the news, but in early May, Boeing stock was downgraded by one analyst, which had a spillover effect to the rest of the airline industry. The downgrade was based on a survey conducted by the analyst revealing that passengers plan to choose flights based on the type of aircraft after the recent crashes involving the new Boeing 737 MAX.

The survey presents an additional obstacle the airlines have to deal with in the short term, on top of rising fuel costs. After the Boeing downgrade, airline stocks across the board began a hard sell-off that continued through the end of May. 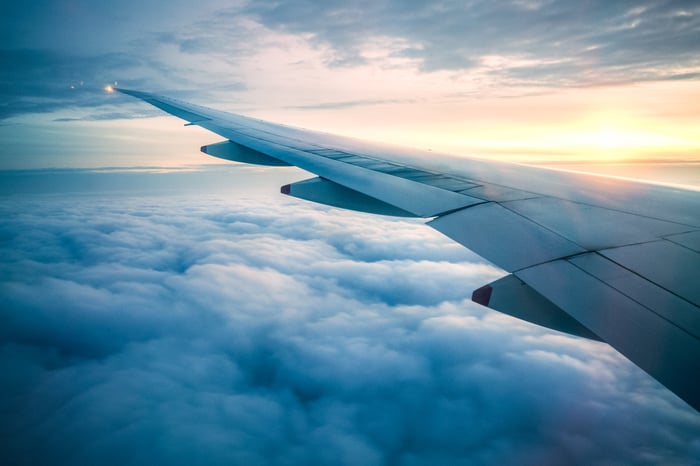 The grounding of the 737 MAX has been a disruption to flight schedules for the major airlines in recent months. However, airline investors had brushed off the impact of the recent flight cancellations, expecting that the 737 MAX would start flying again soon, which would get the major airlines back to normal performance.

However, if more passengers avoid the 737 MAX altogether, that means the aircraft has totally lost the trust of passengers -- and that presents an additional headwind to the airlines in the short term that investors hadn't counted on. Since Wall Street typically hates uncertainty, it's not surprising that airline stocks sold off last month.

American Airlines says that 2% of its total capacity is impacted each day this summer by the grounding of the 737 MAX. This represents a tiny percentage of American's fleet, but management pointed out that the company is still footing the bill to operate the entire fleet. As a result, the company expects the cancellations to cut about $350 million off pre-tax earnings this year.

Still, management expects full-year earnings to be up approximately 10% compared to 2018, while analysts expect revenue to increase by 4.1% this year.

Even with the recent challenges, CEO Doug Parker is optimistic about the long term: "As we look forward to 2020 and beyond, we anticipate that our free cash flow production will increase significantly as our historic fleet replacement program winds down. We are very bullish on our future and focused on creating value for our shareholders."