The defense electronics company reports a strong quarter as it preps for a major merger.

Shares of L3 Technologies (LLL) climbed 10.7% in May, according to data provided by S&P Global Market Intelligence, on the back of strong earnings and growing investor enthusiasm about the company's pending merger that would create a new defense industry powerhouse.

L3 is in the process of being acquired by Harris (LHX -1.85%) in an all-stock deal that would create a $40-billion-market-cap defense electronics company. It started the month by reporting first-quarter earnings of $2.89 per share on revenue of $2.7 billion, easily surpassing consensus estimates for $2.49 per share in earnings on sales of $2.52 billion. 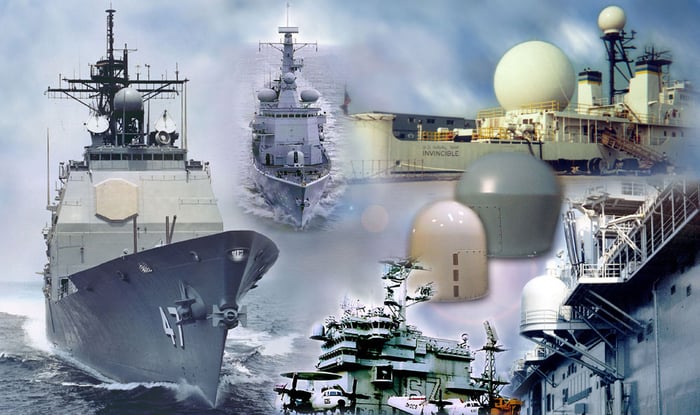 The company also raised its outlook for the year, projecting full-year 2019 revenue of $10.9 billion from $10.75 billion previously and above the consensus $10.78 billion view. The forecast for net cash flow from operations was also raised to $1.285 billion from $1.275 billion.

The quarter led a number of analysts to raise their price targets on L3 shares. Credit Suisse's Robert Spingarn raised his target to $258 from $232, saying L3 "came out swinging" in what was likely its last quarter as an independent. SunTrust's Michael Ciarmoli raised his target to $265 from $228 due to the company's "robust" orders and because of the "powerful combination" with Harris.

Harris also received a couple of price target boosts in May, which could have a favorable impact on L3 shares because the deal is a stock swap. Shares of Harris traded up 11.1% for the month.

L3 and Harris are both doing well on their own. When they combine later this year, they will have the ability to increase the business they do directly with the Pentagon instead of serving as a subcontractor, likely leading to higher margins over time. Harris's focus on battlefield management, aircraft communications, and classified work should blend well with L3's manufacture of sensors and advanced electronics.

Mergers inherently come with risk, but analysts have good reason to be excited about the potential for this combination. If the companies can work the integration as planned, shares of the new entity should have more room to run.

This Underappreciated Defense Stock Is Hitting Its Stride

Here's What You Need to Know About America's New Defense Titan

Can This Defense Stock Outperform Its Bigger Rivals?