Please ensure Javascript is enabled for purposes of website accessibility
Log In Help Join The Motley Fool
Free Article Join Over 1 Million Premium Members And Get More In-Depth Stock Guidance and Research
By Rich Duprey - Jun 5, 2019 at 8:16AM

The powersports vehicle maker relies on new products and new markets to grow.

Any fears investors may have had that BRP (DOOO 0.23%) would hit choppy waters due to a slowing powersports vehicle market this past quarter were quickly erased. BRP reported rising sales across all segments and geographies and increased market share.

Certain divisions within its segments showed lackluster performance, such as snowmobile sales, which the company attributed to a "cold and wet spring" in the upper half of North America. Fortunately, that weakness was more than offset by its boat acquisitions last year and the introduction of its three-wheeled vehicle, the Can-Am Ryker.

In fact, the Ryker could show the way out of the morass in which motorcycle manufacturers find themselves. 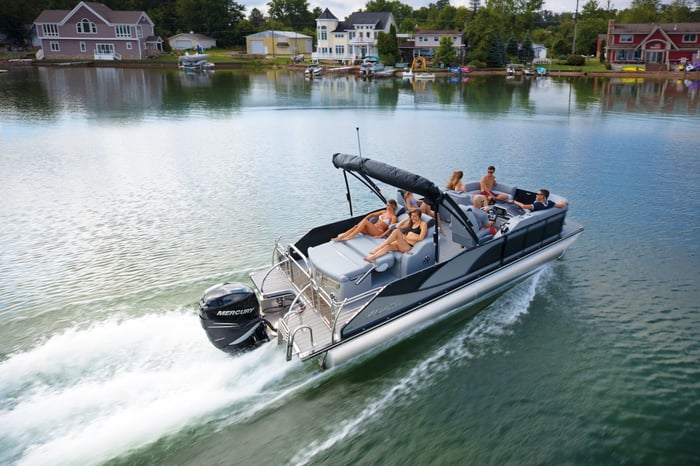 BRP said that while all of its product lines saw solid growth in the quarter, the Ryker was a notable stand out. The three-wheeled vehicle pushed North American sales 10% higher in the quarter, and year-round products grew 19% over last year to $627 million.

The powersports vehicle maker is already well-known for its three-wheeled Can-Am Spyder, but starting at $16,000, it's a pricey motorcycle in an industry that's still suffering falling sales. Rival Polaris Industries (PII -3.25%) has suffered even more -- its own three-wheeler, the Slingshot, has seen sales crater, no doubt hurt in part by a starting price for the base model of $21,000.

The Ryker, though, begins at $8,500, and can be seen as BRP's way of trying to revitalize the motorcycle market by introducing a low-cost vehicle that can appeal to cost-conscious buyers and both younger and older riders. President and CEO Jose Boisjoli isn't ready to say the Ryker will transform the market the way the Spyder originally did. Also, its Spyder S3 model is still generating a lot of attention. Boisjoli is hopeful, though, that this new three-wheeler will be a big hit.

"It is too early to conclude anything but we're quite happy with the start of the Ryker retail," Boisjoli told analysts on BRP's earnings conference call.

On the high seas

Marine products were also a bright spot, with revenue rising 33% to $146 million, primarily the result of the company buying Alumacraft Boat and pontoon boat maker Manitou last year. It did see lower outboard engine sales, though.

BRP attributes the decline to the growing trend of packaging boats and engines together, rather than selling them separately. This industry trend is the stated reason why it decided to enter the boat business to begin with. In fact, Engine manufacturer Yamaha announced that it would stop supplying Alumacraft boats with engines because Alumacraft was now owned by a rival. Last month, BRP added another boat maker to its portfolio, leading Australian builder Telwater.

Expecting its year-round business and marine division to continue growing strongly this year, BRP raised guidance for both revenue and earnings. Year-round products are now expected to grow 14% to 19% compared to prior expectations of 12% to 17%. Marine products are forecast to be up 17% to 22% versus 15% to 20% previously. Seasonal products are also expected to be up higher than previously believed, as well as parts, accessories, and clothes, along with engines.

Earnings are now expected to be in a range of $3.55 to $3.75 per share, compared to guidance given at the end of the fourth quarter that predicted $3.50 and $3.70 per share. BRP could have been swamped by a muddled industry, and segments like side-by-side utility vehicles only rose by high-single-digit percentage rates. It's important to remember, though, that the powersports vehicle maker is also lapping an exceptionally strong year last year in certain segments -- SxS were up over 30% last year in the first quarter.

While it may not be smooth sailing from here on out, BRP looks like it's on the fast track to further growth.

BRP's Recent Quarter Shows Why Polaris Industries Should Be Worried

Rough Waters for BRP in Q1?