The new Spotify Stations app borrows a lot from Pandora's flagship model, but the two platforms are doing more than chasing each other these days.

You can teach a new dog some old tricks. Spotify (SPOT 0.93%) is apparently taking a few pages out of the playbook of streaming music pioneer Pandora, putting out a new app offering custom-tailored streams. The Stations app draws from an existing Spotify user's listening history, instantly serving up a flow of related tracks.

Pandora -- now owned by Sirius XM Holdings (SIRI 0.34%) -- doesn't have anything to worry about. Even with Spotify's Stations leaning on the Pandora-esque "thumbs up" and "thumbs down" listener options to make the streams more relevant, Spotify's move isn't going to make Pandora lose any more sleep at night than it's already forgoing. Pandora has followed Spotify into on-demand streaming, so why wouldn't Spotify cull from Pandora's model? More importantly, in the pursuit of premium U.S. subscribers where the real money is to be made, both companies are ultimately chasing Apple (AAPL 1.37%). 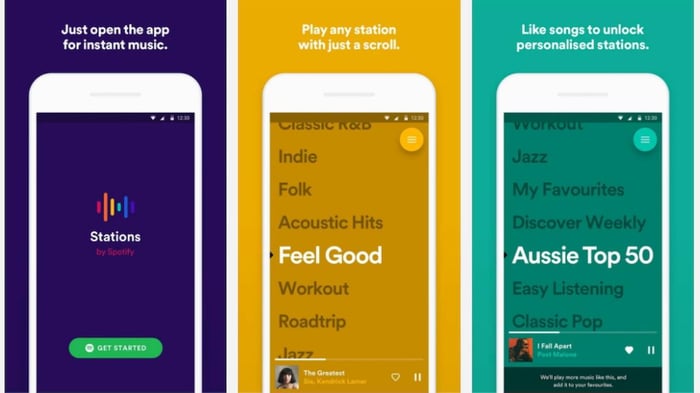 There are only so many ears to go around

Everyone is chasing Apple Music when it comes to the premium U.S. market. Despite launching years after its now-smaller rivals, Apple Music recently passed Spotify in terms of paying stateside users. Spotify is the top dog globally, hitting 100 million premium users in the first quarter, but just 30% of those accounts are in North America.

Pandora is a platform that continues to be enjoyed by ad-tolerating free users. It had just 6.2 million self-pay subscribers and 6.9 million total subscribers at the end of March -- overall listeners for its free platform is the one part of its business that is growing. But it won't be a surprise to see Pandora, now under Sirius XM's wing, continue to grow as a pay service given Sirius XM's growing audience of premium satellite radio subscribers.

It's a safe bet that all of the players will continue to make moves in this growing market. You can't stand still for long in this niche, and this isn't the first time that Spotify has aped the Pandora model. It's been several years since Spotify began offering its users Discover Weekly, a roughly two-hour personalized playlist that is updated weekly based on a listener's streaming habits. There is power in knowing your listener, something that naturally helps in retention when your algorithms are getting the job done.

Launching a stand-alone app -- and that's just what Stations is at the moment -- is a pretty brazen move for Spotify, but it also makes it that much easier to nip it in the bud if it doesn't work. Rolling out Stations on its own will also give Spotify a better read on the platform's success, and the early user ratings have been positive. If Stations earns its keep, it will naturally be integrated into the much larger Spotify app, but this is enough of a sandbox for now. Spotify, Sirius XM's Pandora, and even Apple Music have to always keep moving to the music.