ABB's stock dropped like those of its peers, but it also has a lot of company-specific issues to deal with.

Shares of automation and electrical equipment company ABB (ABB 0.67%) dropped 12.4% in May, according to data provided by S&P Global Market Intelligence.

Although the move tracked an overall decline for its peer group -- stocks like Parker Hannifin and Rockwell Automation tumbled in the mid-to-high teens during the same period -- ABB also has a number of company-specific factors to consider as well.

In a sense, the downward move is understandable as ABB is going through a period of significant operational and administrative changes at a time when its end markets appear to be weakening. 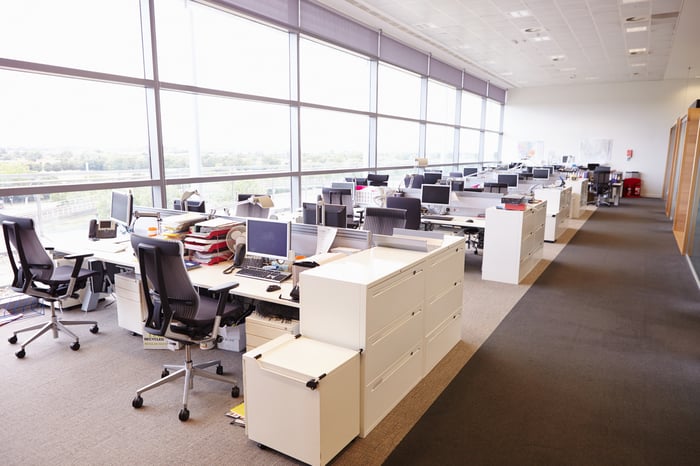 The changes have been coming thick and fast. At the end of 2018, ABB's management decided to sell its power grids business to Hitachi for $11 billion and refocus the business on becoming a leader in digital industries. In practice, this means adding digital capability to its existing solutions and forming partnerships with industrial software companies such as Dassault Systemes.

Moreover, as part of the change, ABB is restructuring and will now report out of four businesses, namely electrification, industrial automation, motion, and robotics and discrete automation. On top of this, the company is ditching its longtime matrix business model in favor of the more conventional pyramid type structure.

If that's not enough change for you, consider that ABB is currently without a permanent CEO as Ulrich Spiesshofer left abruptly on the day of the earnings report in the middle of April.

Frankly, there's a lot of disruption at ABB at the moment, and the kind of root-and-branch administrative overhaul necessary to move away from the matrix model is likely to create some disruption to ABB's operational performance. Given that this is taking place when there are question marks around end demand, and automation peers like Rockwell are cutting full-year revenue and earnings guidance, ABB's near-term prospects are questionable.

A glass-half-full approach probably welcomes the fact that ABB has decided to make fundamental changes to its business in order to fully extract value from its assets. On the other hand, these changes are usually best made when end markets are improving and/or the CEO who instigated them is actually in place to execute them.

Investors will just have to wait and see, and it could be a good few quarters before they can conclude the company is definitively on the right path. Better automotive and conventional upstream oil and gas spending would help, but until then, ABB's likely to face some end-market pressure while it undergoes transformational changes.

If you are an investor who likes certainty, then ABB is not for you, but the stock may attract value investors who support management's turnaround strategy.