Shares in staffing company Robert Half International (NYSE:RHI) declined 13.6% in May, according to data provided by S&P Global Market Intelligence. The move marks a continuation of the downtrend that set in after the company's first-quarter earnings report was released in late April.

It's not that the results were that bad, but they certainly came in toward the low end of management's revenue and EPS guidance. Revenue growth came in at 5.2% in the first quarter, and the midpoint of management's guidance for the second quarter implies growth of 5.5%. Again, that's not bad, but the market was clearly expecting a bit more. 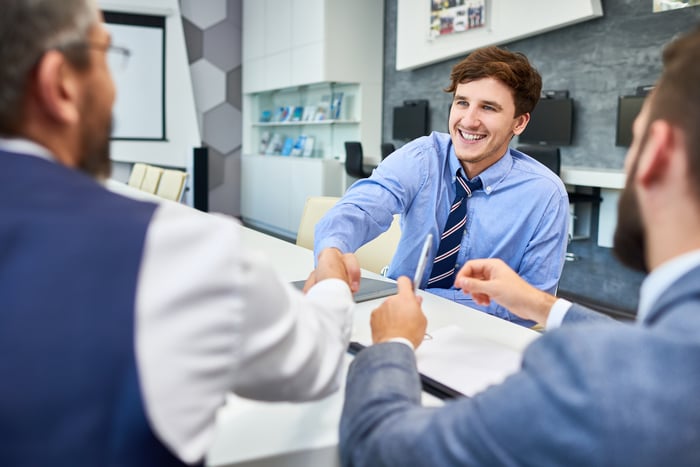 A tightening labor market is good for Robert Half. Image source: Getty Images.

In addition, the revenue trends disclosed on the earnings call seemed to show a linear slowing of growth, with temporary staffing revenue in April coming in weaker than March and both months coming in weaker than the quarter (January through March). Naturally, investors would have been tempted to connect the dots and conclude that Robert Half's growth rate will slow even further -- something that would call the company's guidance into question.

Throw in the general perception that the escalation in the trade war would be bad for global growth and therefore for employment trends, and it's not hard to see why Robert Half lost favor with investors.

As outlined in the review of the first-quarter earnings, growth may well be slowing, but the labor market, particularly in Robert Half's core competency areas of accountancy and finance, is tightening. Indeed, the company's management disclosed that bill rates grew 5.7% in the first quarter compared to growth of 5.2% and 4.9% in the previous quarters. This is a sign of a tightening labor market, since employers are chasing candidates.

It will be interesting to see how these dynamics play out in Robert Half's second quarter. Will gross and operating margin get a boost, given that labor markets are tightening?

Staffing companies always give great color on the economy, so the company's upcoming earnings will reveal much about employment trends in the U.S. and internationally. The anecdotal evidence is of a tightening labor market, and that might play into Robert Half's strengths.