The prospect of higher tariffs means even the dollar stores will have to start raising prices.

Editor's note: An earlier version of this article incorrectly stated that Five Below would be raising the prices of $1 items to $4, and that prices could rise for $5 items. The article has been updated.

Deep-discount retailers like Dollar General (DG -0.61%), Dollar Tree (DLTR -0.36%), and Five Below (FIVE -0.55%) have largely mitigated the impact of the escalating trade war between the U.S. and China through a number of strategies that precluded the need to raise prices.

But as the rift widens between the U.S. and its trading partners -- most notably China -- another round of tariff hikes on thousands of additional goods and products is being considered, and the deep discounters may no longer be able to work around the situation. Indeed, many already plan to raise prices, meaning consumers will pay the cost. 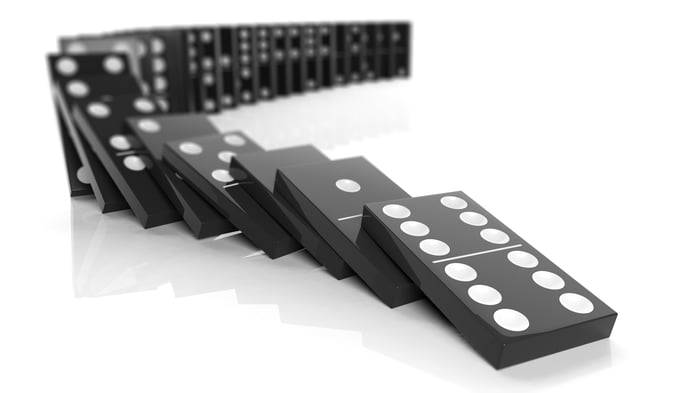 Retailers were prepared for the first tranche of tariffs increases that saw the duties on so-called List 3 items rise to 10% last year. The increase to 25% that was first scheduled for March, but delayed until May, caused more consternation for some, though others used the opportunity to adopt strategies that minimized the impact on consumers.

Dollar Tree similarly pulled inventory forward, noting that had the tariff increases gone into effect as scheduled, it would have been a $100 million hit for the namesake chain for the full year and $40 million for its Family Dollar chain.

The situation was a bit different for Five Below, which fully mitigated the 10% tariff increase by pulling forward its spring inventory into 2018, but took a wait-and-see approach regarding the potential for the tariffs to rise 25%. While that paid off in the first quarter as the increase didn't go into effect until after the period ended, the chain is now hurrying to negotiate with vendors, change suppliers, and generate "process efficiencies."

Increasing prices beyond the $5 price point is a decision we do not take lightly. We have put a lot of thought behind this decision and we'll proceed with pace and diligence. We will be testing higher pricing on select products in a group of stores before rolling out increases to the entire chain.

Fortunately it began implementing an experiment to sell a small selection of goods for $10 or less called 10 Below, though at the moment it's only in 25 stores (Dollar Tree is also experimenting with prices above $1).

Now with so-called List 4 items covering $300 billion worth of goods possibly seeing a tariff hike up to 25%, even the discount stores are saying prices could be going up.

A trickle turning into a torrent

Dollar General's Garratt told analysts last week: "We will do everything we can to minimize the impact of tariffs on our customers. But even with these efforts, we believe our shoppers will be facing higher prices as 2019 progresses."

Similarly, Dollar Tree's CEO Gary Philbin said, "If tariffs on List 4 products are implemented, we expect that it will be impactful to our business, and especially to consumers in general."

All three deep discounters have maintained their earnings outlook for the year, even with the tariff hikes, suggesting they believe the actions they're taking, including raising prices, won't affect their bottom line. But the customers may not be so lucky.

The least able will pay

Although they all have somewhat affluent customers shopping their stores, and Five Below more so than others, the dollar stores in particular are targeted toward lower income consumers. Dollar Tree may be most exposed.

When Family Dollar store locations are cross-checked with income data, the median income of the neighborhoods it is in is $43,474, compared with $55,333 for its sister Dollar Tree chain. It's why Philbin told analysts last year when discussing the threat of tariff hikes, "As I've told folks before, our customers often don't have that extra dollar."

The U.S. is on course to higher tariffs that even the deep-discount stores can't evade any longer, but it will be their customers -- many of whom cannot afford it -- who will pay the steepest penalty.