This medical device stock has been on a tear since the company's Halloween 2018 IPO.

Shares of medical device maker Axonics Modulation Technologies (AXNX 2.64%) rocketed 62.7% higher in May, according to data from S&P Global Market Intelligence. This performance is even more impressive when you consider that the S&P 500, including dividends, fell 6.4% last month.

Investors have been enthused about Axonics stock from the get-go, driving shares up 108% since the company's initial public offering on Oct. 31 -- decisively, a Halloween treat, not trick -- through June 6. 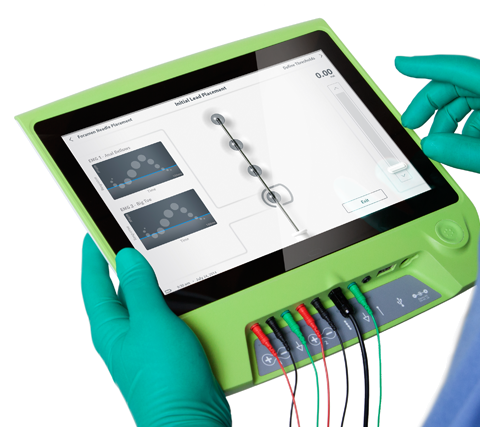 We can attribute Axonics stock's powerful performance last month largely to the company's May 8 release of first-quarter 2019 results that pleased investors, and management projecting ramped up growth on the horizon for as early as the second half of the year. Shares surged 19.5% on the day following the release and continued to climb throughout the remainder of the month. 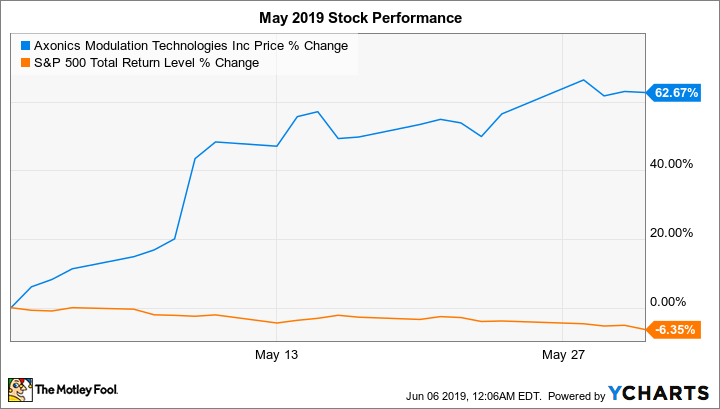 In Q1, revenue came in at $1.1 million, more than double the $480,000 Wall Street consensus estimate. Sales of the company's r-SNM system approximately doubled from the previous quarter. The company had no revenue in the year-ago period. Sales were generated entirely from Canada and Europe, with England and the Netherlands being the company's primary European markets.

Axonics posted a net loss of $13.1 million, or $0.47 per share,  compared to a loss of $6.6 million, or $2.36 per share, in the year-ago period. (These numbers reflect a nearly tenfold increase in the number of shares outstanding following the company's IPO.) The wider net loss stems primarily from increased operating expenses in advance of the expected launch of the r-SNM system in the U.S., along with higher costs associated with operating as a public company.

In the earnings release, Axonics CEO Raymond Cohen said that the company is "confident" that approval by the U.S Food and Drug Administration will come during the second half of 2019. He added:

While we push forward for clearance to market in the U.S., we continue to put all the operational, manufacturing and commercial pieces in place to support a broad, fully staffed and immediate U.S. launch upon approval. The internal and U.S. commercial teams continue to be rounded out.

Cohen noted that while "the prize is the U.S. market which represents nearly 90 percent of the overall volume in SNM, based on this encouraging start [in Europe], we do plan to expand our footprint in Europe during 2019 and into 2020."

Axonics Modulation Technologies has a huge potential market, as overactive bladder affects an estimated 87 million adults in the U.S. and Europe and another approximately 40 million adults suffer from fecal incontinence, according to the company.

How successful Axonics ultimately is in taking market share from medical device giant Medronic remains to be seen. The company believes its device's miniaturized size and the fact that it's rechargeable provide it with a competitive advantage.